Cross Country Skiing is a family affair for the MacNearney family. Mother, and Team PEI Coach, Kathleen, and daughter, and Team PEI athlete, Ellen, are no strangers to skis, or to competition.

Kathleen and Ellen are from Montague, PEI. They are been involved in Special Olympics for 10 years. For the past 5 years, Kathleen has moved for Fan in the Stands, to Coach. This will be Kathleen's second time coaching Team PEI Cross Country Skiing at National Games, and Ellen's third time competing as a Team PEI athlete.

Despite Ellen's short time being involved with Special Olympics, she has experienced tremendous success in sport. Ellen is a natural athlete, one who exemplifies the term multi-sport athlete. Ellen's journey to Cross Country Ski success began at the 2011 Provincial Winter Games when she came out of no where to win 2 Gold and 1 Silver Medals, earning her a sport on Team PEI ahead of the 2012 Special Olympics National Winter Games in St. Albert. Ellen stole the spotlight in St. Albert winning 3 Gold Medals. Due to this great success, Ellen was selected to Team Canada and traveled to PyeongChang, Republic of Korea, to compete at the 2013 Special Olympics World Winter Games. On the world stage Ellen represented her country to the best of her abilities, and won 1 Gold and 1 Bronze medal. To cap off this incredible 2 year run, Ellen was named Special Olympics Canada's Female Athlete of the Year in 2013. Ellen was again names Special Olympics Canada's Female Athlete of the Year in 2018.

Ellen describes the opportunity to represent Canada on the World stage as her favourite Special Olympics moment. Kathleen was fortunate enough to be able to travel to South Korea to cheer on her daughter, and describes the experience as one of overwhelming pride. Kathleen recalls "Standing on a random street in South Korea the day before World Games started and looking up and seeing a wave of red jackets coming down the street towards me - the Canadian team had just arrived and my daughter was among them. I felt so proud of all the Canadian athletes at that moment and so overwhelmed by the Special Olympics movement as a whole."

If you would like to support Ellen as she training to represents PEI at the Special Olympics Canada Winter Games 2020, please consider donating to the Team PEI Booster Club. 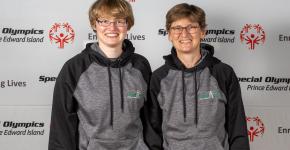 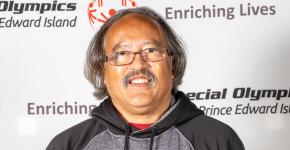 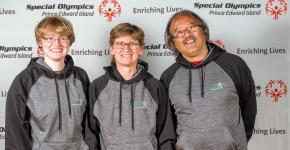 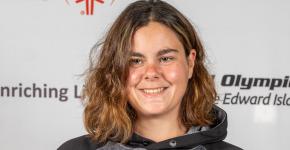