Cheer on Team Canada at the World Games

The World Games are flagship events for the Special Olympics movement.  They take place very two years and alternate between summer and winter Games.  The Games can be the world's largest sporting event of the year.  Thousands of athletes, coaches, volunteers and supporters attend to see and cheer the skills and accomplishments of people with an intellectual disability.

The World Games feature more than a week of grueling, yet inspiring, competition amount thousands of athletes.  Through media coverage of the Games, the stories and achievement of our athletes are seen by millions of people worldwide.

A lot has changed since the first Games held in Soldier Field in Chicago in 1968. The Games are now considered the largest sports and humanitarian event bringing together nations across the globe to celebrate the talents and abilities of athletes with an intellectual disability.

The 2017 Special Olympics World Games will be taking place in Austria from March 14 - 27, 2017.  SONL will have 4 athletes and 2 volunteer mission staff representing our province on Team Canada.

We are thrilled to have such great individuals represent our organization, their communities and our province on the World Stage. 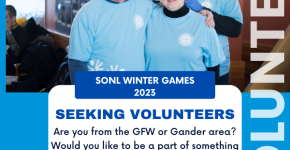 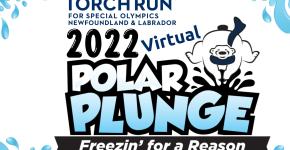 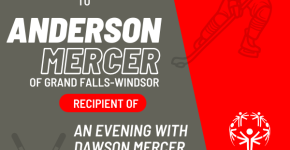 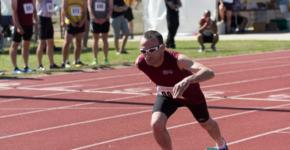 Seeking Volunteers for SONL Winter Games 2023!
Welcome to the team!