University of the Fraser Valley student Roshan Gosal, with the help of student volunteers and numerous Special Olympics athletes, initiated the Spread the Word to End the Word campaign in Abbotsford for the fourth consecutive year. The campaign has the support of all 11 Abbotsford high schools, UFV, and the City of Abbotsford.

Abbotsford Mayor Henry Braun and UFV President Dr. Mark Evered were the first to sign the forms pledging their support to eliminate the derogatory use of the R-word and promote the acceptance and inclusion of people with intellectual disabilities.

Gosal, a Special Olympics coach and the Community Outreach - Youth Coordinator for Special Olympics BC – Abbotsford, has been a volunteer with SOBC – Abbotsford for six years. His goal is to spread this awareness campaign throughout B.C., hoping to see each school embrace this message of inclusiveness. In 2016, he received the YMCA Power of Peace Youth Award for his work.

At the beginning of October, I sent off emails to all the public high schools in B.C. about continuing the Spread the Word to End the Word campaign and received responses of encouragement and excitement. Many schools started their campaign based on last year’s email and had already established how they were going to participate. I definitely emphasized doing the campaign on their schedule so that it is an awareness initiative that happens year-round across B.C.

In November, I was the student speaker at the University of the Fraser Valley’s Town and Gown event. This was a sold out event where I was able to thank supporters for allowing scholarship recipients like myself the time and resources to focus on their studies and volunteerism.

What I loved most was that I was able to share with this group of people from all over Abbotsford and beyond how much Special Olympics means to me. I spoke about volunteer coaching Special Olympics athletes, the Spread the Word to End the Word campaign and the importance of an inclusive society. The feedback from people afterwards was amazing!

Tim Hortons and Timbits definitely helped bring people forward while studying for mid-terms, but the great part was they were genuinely interested in the initiative. The membership also increased this year and we received a lot more inquiries about Special Olympics BC and volunteer opportunities.

Also last month, as in previous years, I gathered student leaders representing each of the 11 high schools in Abbotsford, along with Special Olympics athletes Katie Marchbank, James Clifford, and Paige Norton, as well as Mayor Henry Braun for a photo opportunity. This year I was honoured to also have the UFV President Jackie Hogan, UFV President Select Joanne MacLean, and SOBC Abbotsford Local Coordinator Cindy Suffel-Marchbank join the group for a photo shoot at City Hall. My goal was to reflect the community of Abbotsford's commitment to Special Olympics and the Spread the Word to End the Word Campaign.

I’ve also reached out to the Punjabi community with our latest Try It Day program and have been contributing articles to the Punjabi Patrika, the largest South Asian paper in B.C.

Click here and scroll to pages 40-41 to check out Roshan's article in the Punjabi Patrika. 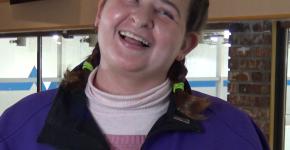 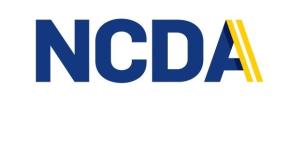 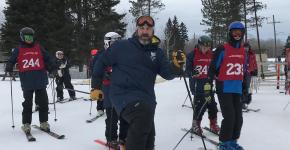