From as early as 1986, Safeway has been a powerful champion of Special Olympics athletes and inclusion. In Special Olympics BC’s early years, Safeway provided and initiated vital support by teaming up with their partners to raise funds and awareness in stores, and by providing products to feed athletes and volunteers at events. This support was critical at a time when Special Olympics BC was growing quickly and needed funding and resources to reach more athletes with intellectual disabilities all over the province. 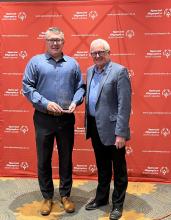 As part of their commitment to Special Olympics, Safeway believes in the abilities of people with intellectual disabilities to achieve their dreams, and they strive to make a meaningful impact where they work, live, and play.

Founded by Paul, Mark, and Sean Etherington in 2002, motionball is a national charitable organization that introduces a new generation of supporters, sponsors, and volunteers to the Special Olympics movement through sporting and social events that integrate Special Olympics athletes and young professionals.

In addition to their vital fundraising, motionball leads inspiring, far-reaching awareness campaigns that help Special Olympics in our mission to open hearts and minds to the abilities of people with intellectual disabilities and create inclusive communities. motionball’s #NoGoodWay campaign fosters inclusion by encouraging Canadians to eliminate the R-word from their vocabulary and empowers them to get their peers to update their attitudes too.

With their significant success in fundraising, their inspiring leadership for inclusion, and their volunteers’ heartfelt passion for Special Olympics and our athletes, motionball has become one of our organization’s most integral partnerships.

Pacific Coastal Airlines has been a significant contributor to the success of Special Olympics BC and its athletes since it first came on board as a sponsor in 2000.

For Special Olympics BC staff, volunteers, and athletes, the cost of flying to an event or function can be a real barrier. Fortunately, Pacific Coastal Airlines helps SOBC bring athletes and communities together from across the province to share their love of sport.

A great B.C. airline, they generously provide a regular schedule, charter, and cargo services to 65-plus destinations across B.C., as well as air travel for SOBC athletes, coaches, and volunteers to attend events all over the province.

Recently Pacific Coastal Airlines has helped many athletes get to Regional Qualifiers, providing an essential opportunity for athletes to compete at these events and have the chance to represent their Region at next year’s 2019 Special Olympics BC Winter Games in Greater Vernon.

Wheaton Precious Metals has been the Presenting Sponsor of the Sports Celebrities Festival since 2006, helping this inspiring and interactive gala raise more than $5.5 million to date for SOBC and the Canucks for Kids Fund.

In 2009, Wheaton Precious Metals increased their support by becoming a significant and ongoing sponsor of the Goldcorp Invitational Golf Tournament. The Vancouver-based company also stepped forward in 2014 as a prominent sponsor of the Special Olympics Canada Summer Games in Vancouver. The company also provides SOBC with silver coins and bars for use in auctions, raising even more funds.

Wheaton Precious Metals CEO Randy Smallwood has also generously supported SOBC through his efforts as a member of the SOBC Board of Directors since 2012. In September 2016, he took on the role of Chair and was re-elected to this position in September 2018.

Additionally, Smallwood served as Honorary General Manager for Team BC at the 2016 Special Olympics Canada Winter Games in Corner Brook, Newfoundland. Smallwood attended team training camps before the Games and travelled to Newfoundland to cheer on athletes at their events.

In his speech after being inducted, Smallwood said he understands the value of the volunteer time it takes to make Special Olympics BC work. As Chair of the SOBC Board of Directors, he said that became clear as he talked with most of the other 2018 SOBC Hall of Fame inductees. He said everyone he talked to is excited about what lies ahead for SOBC.

“You know what astounded me, and it was a pretty consistent response from every single one these recipients, was ‘I’m not done yet!’” he said. “It just goes to show, we’re not done, and we’ve got so much more we can do.”

Goldcorp began their support as a major sponsor of the Final Fore Golf Tournament in 2005. To acknowledge their significant support, in 2010 the tournament was renamed the Goldcorp Invitational Golf Tournament. Close to $1.8 million was raised through these events for Special Olympics BC.

In 2010, Goldcorp made a $1 million commitment to Special Olympics BC over four years to assist with the development of youth programing. This gift from Goldcorp allowed SOBC to more than double the number of youth programs offered around the province. Now many more children with intellectual disabilities as young as two years old are learning vital social and motor skills and becoming active in sport.

In 2015, Goldcorp renewed their support, and pledged an additional $1 million over four years to continue their support of Special Olympics BC youth programs, enable further growth of those programs, and help with the establishment of new program offerings that will increase opportunities for SOBC athletes to train, compete, and improve their health. Goldcorp is passionate about making a difference for Special Olympics athletes.

Over and above the annual Give a Toonie Share a Dream campaign, Staples has supported the Sports Celebrities Festival as a national partner and provided gift cards for office purchases to help offset the budget. They also host an annual staff softball tournament where Special Olympics BC athletes are invited to participate on every team.

Staples has made a significant impact on Special Olympics BC over their 15-year involvement.

2006 Inductee: The Government of BC 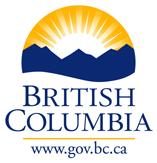 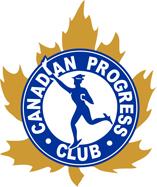 The Canadian Progress Club is devoted to assisting those in need as well as creating and preserving a sincere spirit of friendship. There are 48 clubs across Canada and each club is committed to the advancement of the best interests of the community in which they are located.

The Canadian Progress Club has supported Special Olympics BC since its inception and is one of the longest-serving sponsors.

Since then, police officers and associated law enforcement personnel have fundraised for Special Olympics BC through innovative events such as the Final Leg Run, Free the Fuzz/Copsicle sits, and community runs. Many law enforcement personnel also volunteer for Special Olympics BC in a wide range of positions, including as special events volunteers and coaches. 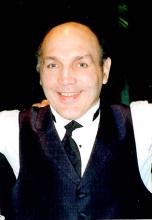 Former Vancouver Canuck Dave “Tiger” Williams led a distinguished, 14-year NHL career, averaging nearly 20 goals a year. He has also been a dedicated and loyal supporter of Special Olympics BC since 1982.