Congratulations to Special Olympics BC – Langley athlete Matthew Williams, who has been named one of two 2020 Special Olympics Canada Athletes of the Year! Williams was announced as a national award winner in SOC’s December 3 virtual ceremony, broadcast on the TSN Facebook Page.

Williams is a determined, dedicated athlete known for his exemplary commitment to his training, his constant pursuit of self-improvement, his inspiring sportsmanship, his kind and humble nature, and his outstanding sport achievements.

“Special Olympics has given me friendship, respect, inclusion, better health, great coaching, and most of all, let me become a champion,” Williams said in the ceremony.

Watch the 2015 TEDxVancouver talk by Williams

Congratulations to Matthew and to all of the deserving Special Olympics Canada award winners! 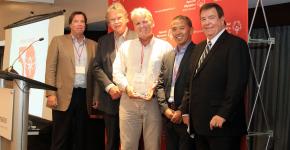 Meet a Sponsor: Sobeys
Sobeys is a proud National Partner of Special Olympics Canada. Since 2016, Sobeys has contributed more than $5.4 million in food and funds to support...
View More

This Special Olympics BC coach left a 30-year career to work full-time with individuals with intellectual disabilities
After 30 years as a certified dental assistant, Special Olympics BC’s Misty Pagliaro took “the big leap” and changed her career entirely, so she could...
View More