On June 28, members of the business community hit the sun-soaked greens at the beautiful Northview Golf and Country Club for a day of golf that helps Special Olympics BC change lives across the province.

Now in its 11th year, the Goldcorp Invitational Golf Tournament has raised more than $2.1 million for Special Olympics BC and helped make a difference to athletes with intellectual disabilities like Langley’s Matthew Williams, a 2017 World Games medallist and co-emcee at this year’s event.

Williams told the crowd of nearly 250 golfers that when he was younger, he felt angry and frustrated at not being able to keep up with his mainstream sports program. “Then I found Special Olympics. Everyone was so encouraging, friendly, supportive, and most importantly, let me be myself without being judged by others,” he said. “Now, I am a basketball player and speed skater who has competed at provincial, national and world levels.

“Special Olympics has changed my life, and it has changed the way the world sees people with intellectual disabilities. Thank you so much to all of you here tonight, your support helps make all this possible.”

Goldcorp has been the tournament’s title sponsor for over a decade and is a significant ongoing partner of SOBC dedicated to bringing opportunities into the lives of children, youth, and adults with intellectual disabilities. Goldcorp has helped enrich lives across B.C. through two gifts of $1 million to SOBC, the first in 2010-2014 and the second for 2014-2018.

Goldcorp President & CEO David Garofalo reminded participants just how important their support is, as Special Olympics helps athletes to develop nutrition and life skills as well as athletic skills to help them be competitive in sport and in life. Garofalo also thanked the many sponsors involved in the event, whose donations help ensure as much support from the event as possible goes to Special Olympics athletes.

“I’m delighted that we’re joined by many good sponsors who contributed to hole sponsorships, and also contributed to this event to cover the costs so we get as many dollars as possible back to Special Olympics,” Garofalo said.

The Goldcorp Invitational Golf Tournament involves two simultaneous tournaments on the outstanding Northview Golf & Country Club courses. In the evening, participants had the opportunity to enjoy the high-quality banquet dinner, magical performers, silent and live auctions, and a moving speech from Craig Shishido, father of nine-year-old Sarah who has been participating in Special Olympics Youth Programs since she was three years old.

Shishido told the crowd how Sarah, who has Down syndrome, loved physical activity but struggled to keep up with the other kids in her neighbourhood and preschool.

“The Special Olympics Active Start program provided her with a safe place where she could learn and develop at a speed that was adapted to her. She could start learning those skills that you and I take for granted, like running, jumping, throwing things, and kicking a soccer ball. All those things were a difficult lesson for her, but she loved doing it,” he said.

Through Special Olympics youth programs, Sarah has gained self-confidence, sport skills, and physical skills so she can now participate in and enjoy games and sports with her classmates.

“I’m extremely grateful to Special Olympics BC that they give my daughter Sarah and other kids like her an opportunity to play, to be part of a team, to feel that sense of accomplishment, the thrill of competition, and the joy of sports and physical activity. I’m very grateful to all of you here,” Shishido said.

Thanks to significant sponsors like Goldcorp and support from events such as the Goldcorp Invitational, there are now 107 SOBC Active Start, FUNdamentals, and Sport Start programs running in communities around the province, where children and youth with intellectual disabilities ages two to 18 have the opportunity to learn vital motor, sport, and social skills in a fun and supportive environment.

Goldcorp Invitational Chair and co-emcee Michael Campbell reminded attendees of the impact their support has for Special Olympics athletes. “It’s rare that you get an opportunity to change someone’s life and that’s exactly what you do with Special Olympics,” Campbell said. 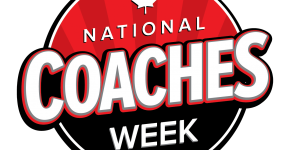