The fire burned brightly as Blaine Stodolka, a Guardian of the Flame, clutched the Flame of Hope on his journey across PEI to the Opening Ceremonies of the 2018 Special Olympics Canada Bowling Championships on May 15.

12 Law Enforcement Torch Run (LETR) officers and two Special Olympics athletes traveled from tip-to-tip to share hope and light throughout the province and to raise awareness for this years’ National Games.

“Once I got involved with my first event with Special Olympics, it was a no-brainer from there on in,” said Stodolka. “I was sold when I saw the athletes thrive and just the love and the appreciation that they had for what we did.”

During his time with LPS, Stodolka served as Chair of the South Region for LETR and from 2009 - 2011 he acted as the Chair of Alberta.

He has worked as the lead on every LETR event at least once including the first ever Polar Plunge in 2012.

Even in his retirement Stodolka continues to serve as a co-lead or sit on the committee to help organize events including the Torch Run, Cycle for a Cause, Free our Finest, and the Polar Plunge.

While he enjoys every event he stated that his favourite is the 500km ride, as he is an avid cyclist.

“The first time I rode into Foote Field and saw all the athletes go wild and come to give me a hug - the appreciation love and kindness just blew me away,” said Stodolka. “It is something that will never be forgotten and touched my heart deeply. I just rode my butt off literally and it was worth it.”

One of the main aspects of LETR that keeps Stodolka involved, even in his retirement, is the benefit to the athletes.

Plunging into freezing water and camping on the roof with minimal sleep is worth it to be able to provide funding and raise awareness, which helps Special Olympics athletes achieve their dreams.

This mentality is something he aims to protect, acting as a Guardian of the Flame.

Stodolka was selected as a torch runner for the 2018 Special Olympics Canada Bowling Championships in PEI and was proud to carry the torch alongside fellow law enforcement officers and Special Olympics athletes.

“I was very honored to receive that privilege,” said Stodolka. “It was a beautiful event and it was awesome to meet others from other provinces.”

Overall, he really enjoyed the opportunity and got to experience PEI community by community, meeting a plethora of wonderful individuals along the way.

This year also marks the 50th Anniversary of Special Olympics and a celebration took place at Soldier Field in Chicago on July 21 or the Global Day of Inclusion.

In honour of our 50th year, we’re asking you to help ensure Special Olympics can continue transforming lives for another 50 years: refer a friend or family member to a Special Olympics program, help raise awareness of our mission and shift the focus from disability to ability, or make a donation today.

“It is amazing how far we have come,” said Stodolka. “We have a long way to go for total inclusion and for people to really understand the magnitude of what needs to be accomplished and what is being accomplished for these athletes.”

Stodolka believes that sport provides athletes the opportunity to be themselves and compete in an environment that allows them to showcase their ability.

Moving forward, Stodolka has a few goals for the Alberta LETR over the next five years. He hopes that more young law enforcement officers get involved and that they break the million dollar mark for fundraising in a year.

“Whether I am retired or not I am in for life,” said Stodolka.

Just like our wonderful LETR members we need you to help raise awareness of our mission and shift the focus from disability to ability by sharing #ChallengeAcceptedSOC on social media. 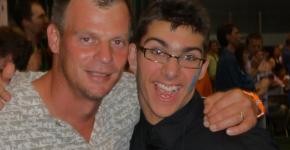 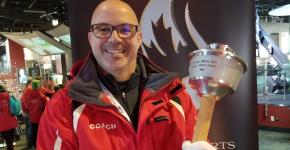 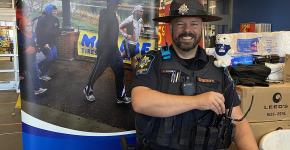 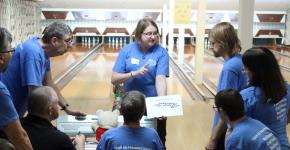