Calgary 2019 was a celebration of strength, sport & spirit

What a weekend it was as over 700 competitors took to the field to compete at the 2019 Special Olympics Alberta Winter Games in Calgary from February 8 to 10.

“The sheer joy of athletes walking into the Opening Ceremonies, the congo line that started during the opening ceremonies, the enthusiasm of our volunteers, working with the athletes – all the elements around the sports that make up every Special O event.” – Karen Saunders, Games Organizing Committee Co-Chair on her favourite moments from #Calgary2019

“Throughout the planning of the games, we ran into many challenges and obstacles, but because we had a great team we were able to conquer and overcome them, and when it was all said and done, just to see the look on all the athletes’ faces, those challenges and obstacles seemed very minor.” – Theresa Garagan, Games Organizing Committee Co-Chair.

Our Guardians of the Flame, the Alberta Law Enforcement Torch Run Final Leg runners, carried the Flame of Hope to high schools across the city en route to the Opening Ceremonies where they lit the commemorative cauldron to signify the official start to the Provincial Games.

This cauldron will remain on permanent display at Winsport as a lasting tribute to Special Olympics athletes.

Country music superstar George Canyon mesmerized the audience with his rendition of the national anthem and distinguished guests such as Her Honour Lois E. Mitchell Lieutenant Governor of Alberta, MLA Ricardo Miranda, Deputy Mayor George Chahal, and Chief Crowfoot spoke to all those in attendance about the significance of these Winter Games.

John MacAulay spoke on behalf of BMO, the presenting sponsor for the Games, on the commitment to our athletes. The Calgary Fiddlers and dancers from Tsuu T'ina had the audience on their feet.

It was a weekend that celebrated the strength of athletes who endured some cold conditions and tough competition. We witnessed sport, as our athletes showed their abilities to the world through earning personal bests and medals for their achievements. And we saw the spirit of our athletes who displayed comradery and sportsmanship with their teammates, coaches, competitors and all of their supporters.

“Calgary was great – everyone was excited and my team won the gold and we were in tears of joy,” said St. Albert floor hockey player, Josh Petrone. “It was a good time for all the athletes, so thank you to everyone like the volunteers and coaches who did an amazing job.”

“My whole family came to support me and everyone else felt support from their fans too and that’s the best.”

Special Olympics Alberta would like to thank all the volunteers, sponsors, speakers, organizers, athletes, medal presenters, and everyone who supported the Games for making #Calgary2019 possible. We could not have done it without you and we are thankful that you joined us to celebrate strength, sport & spirit in Calgary. 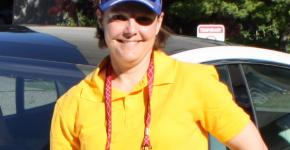 Lynell Bird is Inspiring the Next Wave of Coaches
September 18-26 marks National Coaches Week and at Special Olympics Alberta our coaches continue to make a difference for the movement on-and-off the...
View More 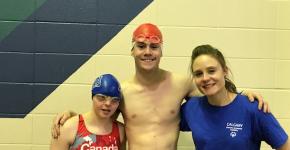 Brittany Gadzosa is Making an Impact from the Pool to the PEAK
September 18-26 marks National Coaches Week and at Special Olympics Alberta our coaches continue to make a difference for the movement on-and-off the...
View More

Caitlin Maguire is Making Athlete Leadership a Priority in St. Albert
Empowering athletes to be leaders in their community is a priority for Special Olympics Alberta, and one of the key volunteers leading the movement is...
View More

Matt Burton is Carrying the Torch in Lethbridge
It is funny how one decision can change your life and, for Matt Burton, it was a four-hour volunteer shift with the Alberta Law Enforcement Torch Run...
View More
Athlete Registration
Donate