From the minute you walked in the door at the Sobeys – Walker location last Saturday you most likely felt at home thanks to Special Olympics Alberta athlete and Sobeys employee, David Kwas.

The Summer Food Fair took place at Sobeys Inc. locations across the country as part of the second national check-stand fundraising campaign in support of Special Olympics Canada.

From June 20 to July 3, 2019, customers can make a $2 donation at their local Sobeys, Safeway, Foodland, IGA, Urban Fresh or Thrifty Foods.

On June 22, customers were invited to their local Sobeys store to try summer samples and meet local athletes like David who was sure to offer assistance with a generous, “Can I help you?”

Throughout that day donations went twice as far as Sobeys Inc. matched donations up to $150,000.

David has been working at Sobeys for nearly a year now.

He was hired after being noticed for his stellar volunteer efforts at the Fall Food Fair in 2018.

“David is always welcoming and willing to help,” says his mother Diane on why working at Sobeys has been such a good fit for David.

David works as a courtesy clerk helping to put away carts, answer questions from customers, and most importantly organize – something he loves to do.

“I like to organize,” says David. “I get things in order.”

On a tour of the store David was kind enough to showcase his favourite sections to organize including the milk section.

He enjoys taking the milk from the freezer and making sure he organizes it in the front by the correct date to make sure customers get the best milk.

One of the best parts about working at Sobeys for David is the people.

Helping customers and being surrounded by a nice and supportive staff is something that means a lot to him.

“[David] loves Sobeys and his thing is organization and putting things in place,” says Diane. “Everybody has been really warm and welcoming and really excited about his pursuits in athletics.”

Donna Gannon who is a grocery supervisor at Sobeys – Walker enjoys working with David and believes he is a tremendous asset to the team.

“David is very hard-working, concentrated, [and] he is dedicated,” says Donna. “He brings a lot to the table – he is outgoing, and fun, and enthusiastic, and is always ready to work.”

They do so by employing athletes across the country, providing year-round support from food donations to fundraisers, and they are giving athletes the tools to make healthy choices.

More than 100 Sobeys office employees have been trained to share their passion for better food by volunteering their time to lead Sessions in select communities across the country.

Diane stated that the nutritional guidance from Sobeys has been critical in helping David get into better shape and improving his performance on-and-off the field.

David is an incredible athlete with Special Olympics Alberta having been part of the ski program in the past and currently training in athletics and speed skating through the Edmonton affiliate.

After just three years, the 21-year-old has already competed on the national stage as part of Team Alberta in 2018.

“I like being athletic and in Nova Scotia being there the first time and cheering other athletes on,” says David. “I went on a plane on my own for the first time.”

David was able to secure a medal in standing long-jump and is already looking forward to what’s next.

To date, together with its employees, Sobeys Inc. has contributed more than $2.8 million in support of nutrition education, access to food and local Special Olympics community sports programs.

And they are looking to raise $1 million more for Special Olympics athletes like David across Canada. Are you up for the challenge?

Make your grocery list and visit your nearest Sobeys, Safeway, Foodland, IGA, Urban Fresh or Thrifty Foods from June 20 to July 3 and donate $2! 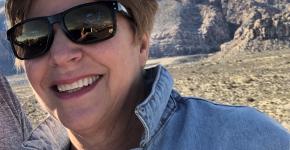 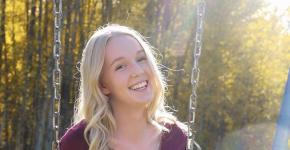 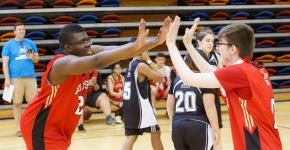