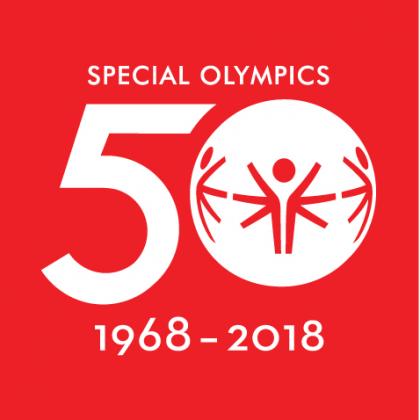 Since 1968, Special Olympics has been changing attitudes about the talents of people with intellectual disabilities. In the midst of all of the tumultuous unrest of 1968, an event was held at Soldier Field, in Chicago, Illinois on July 20. By its very nature, this was a revolutionary moment in time.

The world witnessed for the first time a sports competition for people with intellectual disabilities. For our year-long anniversary, we are celebrating 50 years of joy, courage and empowerment. Starting July 2018, these global Special Olympics celebrations will inspire new generations to see the beauty, dignity and talent in each of us. We are celebrating 50 years of creating a more inclusive, welcoming world for all!

Make Inclusion For All a Reality

Individuals with intellectual disabilities and their loved ones are faced with challenges, both big and small, every single day of their lives – challenges most will never encounter.

For 50 years, Special Olympics Canada has been giving its athletes and participants the strength, determination and confidence to accept those challenges in sport – and in life, giving them the courage to stare down any hurdle and respond: Challenge Accepted.

People with intellectual disabilities are done being left behind. We’re ready to show the world the power of inclusion.

Our athletes are up for the challenge.

From July to December 2018, the Alberta Sports Hall of Fame & Museum will have a Special Olympics 50th Anniversary display that celebrates the milestones of the movement in Alberta.

Light Up for Inclusion

To mark this major milestone, iconic monuments and landmarks world wide will join us by lighting up RED. This will be part of a global demonstration of inclusion, as monuments from Toronto’s CN Tower to the London Eye in U.K. light up in the Special Olympics colour.

Be sure you check out the landmarks in Alberta:

Special Olympics athletes and volunteers will be part of the Calgary Stampede parade to celebrate being the 2019 Special Olympics Alberta Winter Games host in February and the global 50th Anniversary. Check out our photos on Facebook.

Special Olympics athletes and volunteers will be the Parade Marshals in recognition of  the 50th Anniversary.

Details to be confirmed.

Across Alberta, Special Olympics Alberta requested proclamations from local to the provincial government to declare July 21 as the Global Day of Inclusion for Special Olympics.

This run and walk event presented by the Law Enforcement Torch Run for Special Olympics Alberta and partnered with the Running Room, is an event to raise funds and awareness for the 50th Special Olympics celebration. The event will be open to the public with donations from pledges collected from participants. 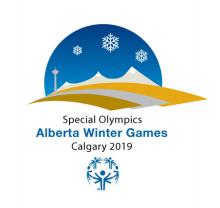 The first provincial games to kick off a year of celebrating the Special Olympics 50th Anniversary.

The inaugural Special Olympics Unified Cup competition will team people with and without intellectual disabilities from all over the world. A total of 24 football/soccer teams -- from every region of the world -- will take part. These include 16 men's teams and eight women's teams. The four-day event will be held at Toyota Park.

In addition, Chicago will mark a citywide salute to 50 years of Special Olympics. The entire city will light up with a new eternal "Flame of Hope" -- symbolizing a world of welcome and inclusion, where everyone can learn, work, compete and play with the same rights and opportunities.

Soldier Field, the birthplace of Special Olympics, will host a massive celebration, a festival of inclusion that will serve as the spark for people around the world to commit to making their cities more inclusive. This family friendly festival will offer sports activities, interactive games, exhibits, delicious food offerings, and live entertainment. As evening comes, the excitement - and crowds - will build for a star-studded evening of inspiring entertainment for more than 30,000 at Huntington Bank Pavilion at Northerly Island -- and a live audience around the world.

A Special Olympics Celebration Concert will also take place at Notherly Island in Chicago, Illinios. Chance the Rapper, Usher, Francis & The Lights, Daya, Smokey Robinson, Jason Mraz, and O.A.R. will be performing on July 21 at the 50th Anniversary Celebration Concert!

July 21
Chicago, Illinois, USA and around the world