For National Volunteer Week, April 19 to 25, we are thanking our 22,000 volunteers across Canada by sharing some of their stories. Their unwavering support helps Special Olympics athletes and their families build the confidence, determination and strength to take on any challenge in sport – and in life.

Although the 23-year-old knew her first year studying medicine at Memorial University of Newfoundland was a major time commitment, Monday night swim practice was just as important.

Tobin began volunteering when she was in grade 12, after wrapping up her own competitive swimming programs in high school.

“I had all this free time and I didn’t really know what to do with it,” she recalled.

She got in touch with Special Olympics Newfoundland & Labrador and began volunteering with the Mount Pearl club.

Today she’s not only the head swim coach, but also the head bocce coach in summer.

“I definitely didn’t think I would have the role I have now and make so many memories and friendships,” said Tobin. “It’s been life changing for me.”

While Special Olympics has helped her develop leadership skills and confidence, her involvement is more about “the warm fuzzies” it brings her each week.

“I volunteer for the smiles and laughter,” she said. “One of my favourite parts is that you could be having the worst day of your life and then you walk into the swimming pool and everyone is just excited and high fiving, so it makes whatever was going on beforehand go away.”

Last year, in an attempt to impact more athletes across Newfoundland, she applied for a grant – the Duke of Edinburgh’s Passion to Purpose Community Grant and the #RisingYouth Community Service Grant - to host a Special Olympics swim camp. She received $3,000 and launched the Sunshine Swim Camp in St. John’s, which had 18 athletes and 13 youth coaches attend.

At the camp, Tobin helped an athlete put her head under water for the first time. 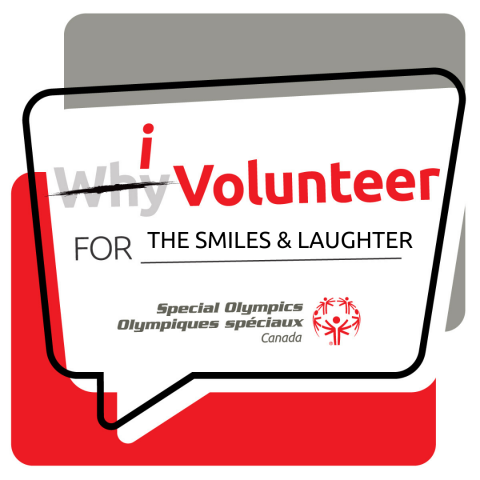 “We were working all weekend on it, because we knew as soon as she did her stroke would immensely improve,” Tobin recalled. “By the time she left, she was swimming with her head in the water, so that was pretty exciting and it was cool for her coaches to see her be able to improve.”

Tobin applied for the grants again this year and received $15,000. She hopes to host the next Sunshine Swim Camp in the fall in Labrador and open it up to more athletes from across the province.

Tobin has also found ways to incorporate Special Olympics into her studies, by inviting athletes to speak during her classes – which resulted in 10 peers registering as volunteers.

“I can’t imagine my life without Special Olympics,” said Tobin. “Although it’s volunteering it doesn’t feel like work or anything.”

“I can teach the athletes a lot, but I think they can teach me just as much, in terms of empathy and patience and kindness towards others.”

Support volunteers like Melissa and make a donation to Special Olympics Canada today.

Meet the Alberta Schools’ Athletic Association: Champions of Inclusion – and Unified Sports
24
July, 2020
Five years ago, Special Olympics Unified Sports – a program that brings together people with and without intellectual disabilities on the same team – didn’t exist in Alberta high schools. Today, almost 20 per cent of the province’s schools boast successful programs...
END_OF_DOCUMENT_TOKEN_TO_BE_REPLACED

Meet the young Syrian refugees who are Choosing to Include in the Ottawa music community
23
July, 2020
When 21-year-old Syrian refugee Emran Alnahhas moved to Canada with his family three years ago, he hoped for a better life for not only himself, but also his younger sister Aliaa, who has Down syndrome.
END_OF_DOCUMENT_TOKEN_TO_BE_REPLACED
Donate