From a town with no bowling alley to National Games: Meet this 15-year-old Special Olympics Team Newfoundland five-pin bowler 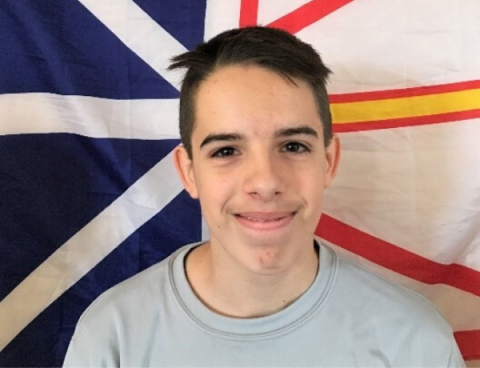 His hometown of New-Wes-Valley – population 2,200 – doesn’t have a bowling alley (the nearest venue is an hour-and-a-half away in Gander), so when he signed up for five-pin in 2013, he learned to play with rubber balls on a 20-foot canvas mat, rolled out and taped to the floor of the local Lions Club community hall.

“It feels amazing,” Logan said about making Special Olympics Team Newfoundland & Labrador. “It’s really good, because I’m from a small town. I feel proud for representing my province and my town.”

According to Logan’s mother, Kristin Carter, when he first started bowling at seven-years-old, he couldn’t get the ball down the makeshift lane – his coach had to move him closer to the pins until he could build the strength.

“To come from that point to where he’s at now is crazy,” said Kristin, who will also be attending the Games as mission staff for the provincial team. “Anything that Logan does, he always gives it 110 per cent.”

Bowling also helped him socially. When Logan first joined, he would stay outside on the porch of the community hall. Slowly, he moved into the centre to watch the other bowlers, started to interact with them and picked up the ball himself.

“It grew from there,” said Kristin.

While Logan travels to Gander “every once in a blue moon” to practice at the bowling alley, he believes the set up in New-Wes-Valley is enough to prepare for Games. The local club has also since progressed from the rollout canvas alley to one painted on the community hall flooring.

“I’ll be ready for Nationals by practicing at the community centre – it will help,” he said.

“He’s a real competitor, he wanted to improve and this is where he’s at today,” he said. “He’s got that drive about him.”

“He works really hard, he really wants to be the best that he can be.”

Logan’s goals for Games are simple: to have fun and “maybe” win a medal.

Of course, he’s also looking forward to “playing my game on the bowling alley.”

Meet the Alberta Schools’ Athletic Association: Champions of Inclusion – and Unified Sports
24
July, 2020
Five years ago, Special Olympics Unified Sports – a program that brings together people with and without intellectual disabilities on the same team – didn’t exist in Alberta high schools. Today, almost 20 per cent of the province’s schools boast successful programs...
END_OF_DOCUMENT_TOKEN_TO_BE_REPLACED

Meet the young Syrian refugees who are Choosing to Include in the Ottawa music community
23
July, 2020
When 21-year-old Syrian refugee Emran Alnahhas moved to Canada with his family three years ago, he hoped for a better life for not only himself, but also his younger sister Aliaa, who has Down syndrome.
END_OF_DOCUMENT_TOKEN_TO_BE_REPLACED
Donate