Age is just a number: Meet the 74-year-old Special Olympics BC bowler gearing up for National Games

At 74-years-old, the five-pin bowler from Port Alberni will be the oldest, most mature athlete competing at the Special Olympics Canada Winter Games Thunder Bay 2020.

“I’m very proud to be able to play at my age,” Bernier said from his Wednesday night bowling practice in Port Alberni.

While Bernier has been involved in Special Olympics for the past 25 years, his SO Team BC bowling coach Debbie McCooey couldn’t believe his age.

“He certainly does not act or appear to be 74-years-old,” said McCooey. “He’s still pretty active and he doesn’t seem to be slowing down.”

Not only does Bernier bowl several times a week, he also participates in Special Olympics BC’s fitness program Club Fit, rides his bike and works out at home with an exercise band.

Bernier credits his active lifestyle and “all the other young people” at Special Olympics for keeping him young at heart.

With age, also comes great wisdom, so Bernier naturally serves as a father figure to his teammates.

“The older, more experienced athletes tend to take the younger ones under their wing and just give them a hand, make them feel included and welcome – and Maurice is very much that way,” said McCooey. “He’s got a wonderful personality. He’s super social and very encouraging to all the other athletes on the team.”

It also helps that he’s a skilled bowler – McCooey often records Bernier at practice and uses the video to coach proper technique.

“He’s got a very good throw, a very smooth ball … he’s extending his arm like he’s supposed to, his technique is really good,” she said.

Bernier is proud to be a role model.

“If (other athletes) need help, I’m ready to help them all the time,” he said.

With Thunder Bay his third National Games competition, Bernier has also been offering advice to teammates competing at that level for the first time.

“When they tell me they’re nervous, I tell them, ‘Just pretend like you’re in Port Alberni, and bowl like you do there … you’ll do great,’” he said. “I was scared and worried before when I started, I got over it and I bowled a lot better than I thought, so why worry? Just go and have fun.”

Bernier, of course, practices what he preaches: his goal for Thunder Bay is to simply do his best – and keep up with the younger athletes “and beat them if I can,” he said with a laugh.

To support Canadians with an intellectual disability like Maurice, make a donation to Special Olympics Canada today. 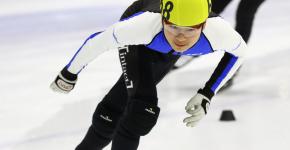 How the ice helped this Special Olympics Team Ontario speed skater find his voice
Richmond Hill’s Ezekiel Liu has grown up looking at a photo of his four-year-old self in a Team Canada costume, holding a toy medal from the Vancouver 2010 Olympics.
View More 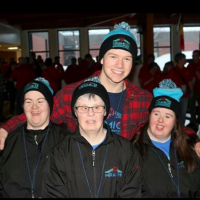