This year, the 33rd Special Olympics Canada National Awards Night will be hosted virtually by TSN on December 2nd, 2021. 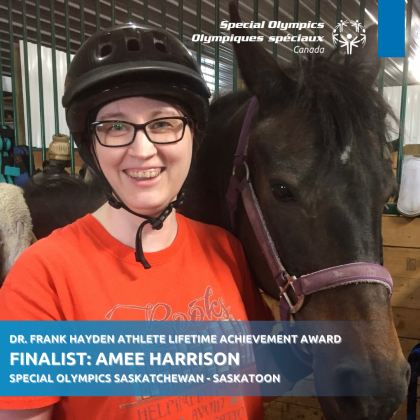 Amee has been an athlete with Special Olympics Saskatoon for 27 years. She has competed in Equestrian, Athletics, and Bocce. Special Olympics has allowed Amee to meet many wonderful coaches, volunteers and make friends, as well as travel to various activities. She loves being an ambassador for the organization and always lets people know how important it is, and how everyone from athlete to spectator can benefit and enjoy. Special Olympics has given her the opportunity to showcase the ability within the disability. Amee was the recipient of the 2020-2021 SOS Athlete Lifetime Dedication Award.

COACH OF THE YEAR

Presented annually to two of Canada's most outstanding coaches. 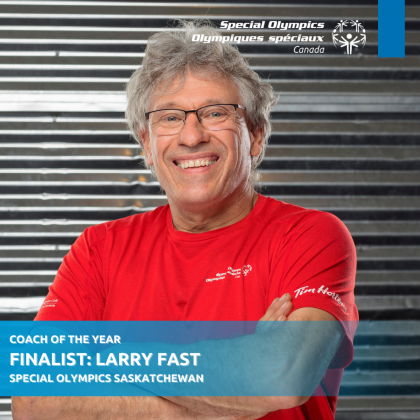 Larry has been a coach with Special Olympics Saskatoon since 2012 in Soccer, Softball, Speed Skating, and Fitness. This past year, Larry led the SOS Freedom Fighters Fitness Program. This group consisted of athletes across several different sports. The sessions that the athletes do involve intense training designed to improve athletic ability and self-confidence. Larry has created an incredible culture of acceptance where everyone strives to do their best. The range in athletic abilities of Special Olympics athletes is incredibly wide, and this program was effective and adaptable to anyone at any point on the ability spectrum. Larry was named the 2020-2021 SOS Coach of the Year.

TEAM OF THE YEAR 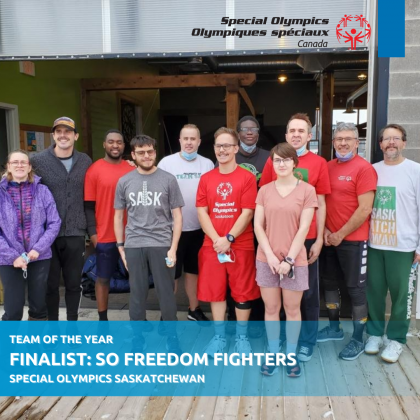 The SOS Freedom Fighters consists of Special Olympics Athletes from several different sports and communities. The sessions that the athletes do are intense training designed to improve athletic ability and self-confidence. The athletes in the program are incredibly driven. They strive to do their best at all times, and take on any challenge that is presented.  They created a positive and supportive atmosphere. The Freedom Fighters were named the 2020-2021 SOS Team of the Year. 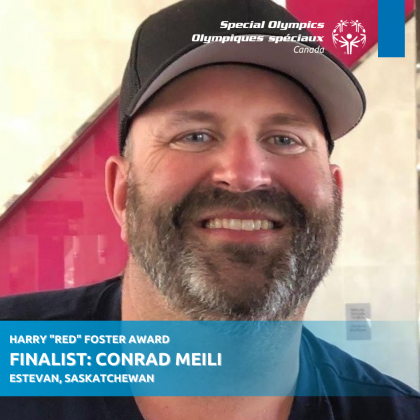 This past year, Conrad was instrumental in working to get the Special Olympics Estevan programs running. He communicated with Special Olympics Saskatchewan to ensure all COVID protocols were being followed and that all the programs were able to run in a safe manner. He works diligently with athletes' families and group home coordinators to ensure that all parties are safe, comfortable and able to participate in the programs. Conrad was named the 2020-2021 SOS Volunteer of the Year. 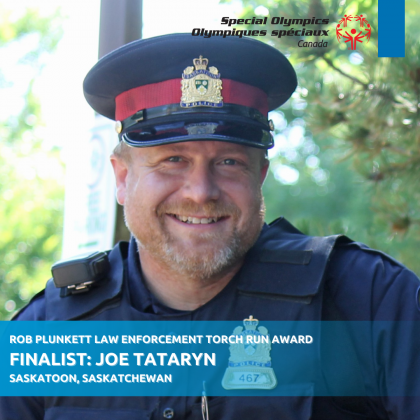 Joe is responsible for the introduction of the worlds largest Truck Convoy in Saskatchewan, which recently saw its fifteenth year. Joe is a constant at every LETR event in Saskatoon and area from the Truck Convoy to Cops and Crepes to Free our Finest which involved him sitting atop scaffolding in front of a Walmart for 52 hours as he raised funds for the cause. Joe literally goes above and beyond in his support of Special Olympics! 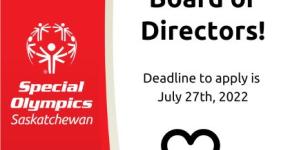 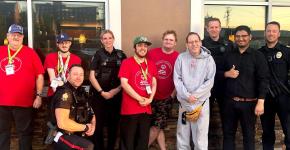 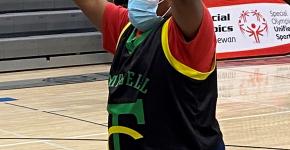 Unified Basketball Tournament in Regina and Saskatoon
This past weekend, athletes, coaches, family and friends came together to compete in the Unified Basketball tournament! Special Olympics Unified...
View More 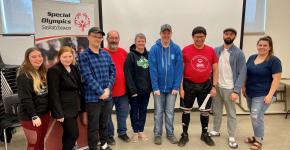 Athlete Leadership Program Training in Melfort!
Special Olympics Saskatchewan athletes came together from across the province for some fun and learning! We had a great time this past weekend...
View More
Donate Now, Stay Healthy at Home - Resources, Unified Sports Invitational, Subscribe to our newsletter, Return to Sport, Face to Face Fundraising

Join Our Team!
We're Recruiting - Provincial Board of Directors 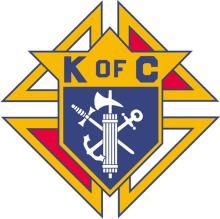 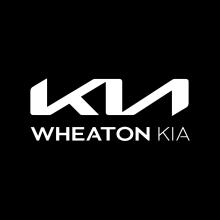