Saskatoon Police Service’s Sergeant Joe Tataryn got involved with the Law Enforcement Torch Run (LETR) within his first month of becoming a police officer in 1998.

While there are a number of charities supported by police across the country, LETR hit close to home.

Growing up in Humboldt, his mother Alice was instrumental in the creation and administration of an organization that ran several group homes as well as a business for people with intellectual disabilities.  Tataryn spent a summer working at the business and got to know many of the organization’s members, including one who lived in a suite in his home.

“LETR just seemed the most obvious to join up with,” he said. “The work Special Olympics does is so important.”

“Also you get to be with Special Olympics athletes all the time – they are the happiest people that you’re ever going to meet. Just being with them makes you happy.”

Tataryn has gone above and beyond as a Saskatoon LETR member. He helped bring the World’s Largest Truck Convoy to Saskatchewan nearly 15 years ago and has been taking the lead on it ever since. In the event’s peak, there were more than 60 trucks making the three-hour trip from Saskatoon to Regina in support of Special Olympics. It continues to raise about $20,000 each year.

In 2019 alone, he participated in every LETR event in Saskatoon, from the Truck Convoy to Cops and Crepes and Free our Finest, which involved him sitting atop scaffolding in front of a Walmart for 52 hours as he raised funds for the cause.

“The satisfaction that you’re going to get from LETR and the athletes will be worth every moment you spend,” said Tataryn. “As a police officer, typically in the media and often times in person, we’re berated and it makes it feel like we’re not appreciated, but then you just spend a few moments at a LETR event and you know that’s not true.”

Special Olympics athletes are always excited to see Tataryn and he’s just as excited to see them – proven in a photo of a number of athletes giving him a group hug and Tataryn smiling from ear to ear.

“The look on my face captures exactly why I am involved,” he said. “It’s overwhelming and satisfying.”

“I understand why my mother was involved in this field.”

Are you in law enforcement and interested in becoming involved with Law Enforcement Torch Run? Please contact LETR Liaison, Jeff Zerr at jzerr@specialolympics.sk.ca 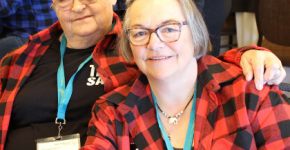 2020 Virtual Coaches Symposium
This year's Coaches Symposium will begin with a keynote speaker on Saturday, October 17th beginning at 10:00am and a workshop to follow. Following...
View More 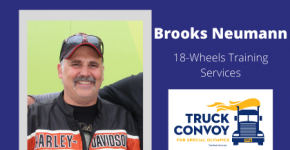 Truck Convoy Highlight - Brooks Neumann
With the 14th Annual Truck Convoy for Special Olympics Saskatchewan only days away, we want to take this time to introduce you to some longtime...
View More 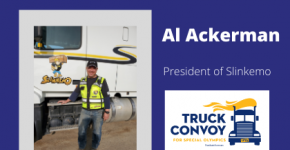 Truck Convoy Highlight - Al Ackerman
With the 14th Annual Truck Convoy for Special Olympics Saskatchewan only days away, we want to take this time to introduce you to some longtime...
View More 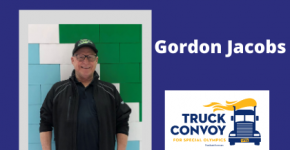 Truck Convoy Highlight - Gordon Jacobs
With the 14th Annual Truck Convoy for Special Olympics Saskatchewan only days away, we want to take this time to introduce you to some longtime...
View More
Donate Now, Stay Healthy at Home - Resources, Unified Sports Invitational