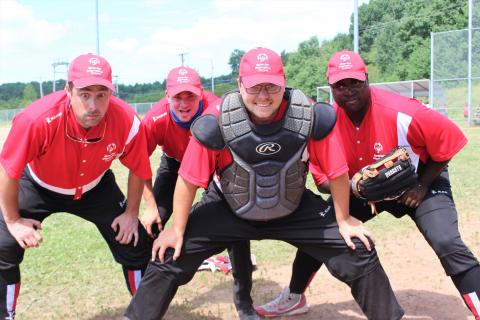 The city of 65,000 is well-equipped with more than 115-kilometres of hiking and biking trails, 250 hectares of parks and more recreational facilities per capita than most other cities in Canada – from indoor and outdoor pools, to soccer fields, baseball diamonds, an all-weather track and six first-class golf courses.

“We’re a growing city with a small-town feel, community warmth and big-city business and services,” said Medicine Hat mayor, Ted Clugston. “The city of Medicine Hat is ready to share its community spirit and hospitality and welcome all participants and visitors to the Special Olympics Canada Summer Games in 2022.”

Located in the scenic South Saskatchewan River Valley in Southern Alberta, Medicine Hat is known as “Canada’s sunniest city” with 330 days of sunshine each year, averaging a summer temperature of 22C.

According to Blair McIntosh, Special Olympics Canada’s VP Sport, Medicine Hat submitted a strong bid focused on “the care and comfort of our athletes.”

“The site visit confirmed that the community could meet or exceed all the facility requirements, accommodations, food and transportation that will enable our athletes to compete to the best of their ability,” said McIntosh. “There was a clear sign of tremendous support at all levels of the volunteer community and the city.”

“Over the next 34 months, we will prove that you did make the right choice in choosing Medicine Hat as the host city,” he said. “The work starts now and all of us, the Board, the volunteers and the community will strive to make this the best Games ever.”

The Special Olympics Canada Summer Games is a national sporting event for Canadian athletes with an intellectual disability. To compete, each athlete must qualify at their local and provincial/territorial levels before moving on to compete in one of 10 sports featured at the Summer Games, which includes 10-pin bowling, athletics, basketball, bocce, golf, rhythmic gymnastics, powerlifting, soccer, softball and swimming.

Alternating between the Special Olympics Canada Summer and Winter Games every two years, cities across Canada have the opportunity to bid on hosting the National Games.

Meet the Alberta Schools’ Athletic Association: Champions of Inclusion – and Unified Sports
24
July, 2020
Five years ago, Special Olympics Unified Sports – a program that brings together people with and without intellectual disabilities on the same team – didn’t exist in Alberta high schools. Today, almost 20 per cent of the province’s schools boast successful programs...
END_OF_DOCUMENT_TOKEN_TO_BE_REPLACED

Meet the young Syrian refugees who are Choosing to Include in the Ottawa music community
23
July, 2020
When 21-year-old Syrian refugee Emran Alnahhas moved to Canada with his family three years ago, he hoped for a better life for not only himself, but also his younger sister Aliaa, who has Down syndrome.
END_OF_DOCUMENT_TOKEN_TO_BE_REPLACED
Donate