The Highlight Reel: From Grassroots to Games 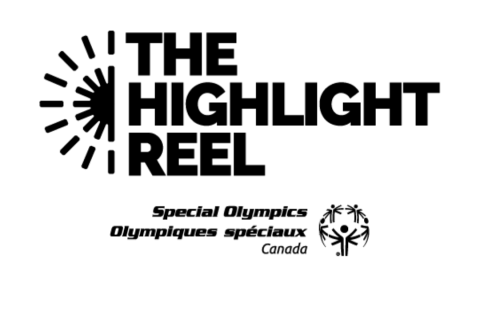 Welcome to the Highlight Reel, a web series all about Special Olympics athletes, coaches, volunteers and staff from across Canada.

The Highlight Reel offers a behind the scenes look at the Special Olympics movement, which is so much more than sport. Through dozens of videos, you’ll experience the heart and soul of Special Olympics and how it fosters inclusion, friendship, health, leadership, strength, determination and confidence within thousands of Canadians with – and without – an intellectual disability.

Join us for this 30-episode series, featuring athletes of all ages, all abilities and all skill levels from Special Olympics programs in local communities, recreation centres, schools and clubs across the country – all of which are driven by extraordinary volunteers.

Don’t want to miss an episode? Get the latest news and behind the scenes details by joining the Highlight Reel Community.

At Special Olympics, everything starts at the grassroots level. Athletes and their families find a place within their local Special Olympics community program and learn skills to achieve their personal goals – whether that’s qualifying for competitions, staying active or meeting new people.

At Special Olympics, there’s a place for everyone. A place for athletes to learn, excel and make friends – as well as a place for parents and coaches to do the same. Welcome to Episode Two of The Highlight Reel, featuring Special Olympics Quebec figure skater Émilia Morin-Turcotte and her mother/coach Véronique Morin.

The Highlight Reel wouldn’t be possible without documentary filmmakers Helgi Picinnin and Philippe Miquel. The majority of footage from the Highlight Reel was captured and recorded by Picinnin and Miquel over the past three years, during the making of their soon-to-be released documentary Champions - le film and while capturing other video projects for Special Olympics Canada.

Champions – le film is set to be released in select Cineplex theatres in Quebec (and for country-wide streaming) on October 30.