Marie has been heavily involved with Special Olympics ever since she joined nine years ago and will be heading to her third straight National Games for Team Alberta.

Her start in Special Olympics happened as a bit of a fluke when she was looking to do some volunteer work and, after her first day in track and field was hooked.

She describes the decision as one of the best things she’s ever done in her life.

Being a runner herself made being a track and field coach the perfect fit for Special Olympics and from there her coaching career kept blossoming.

Previously, Marie has been the athletics Head Coach for the Special Olympics Canada Summer Games 2018 in Antigonish and, the Head Coach for snowshoeing for the Nationals in Corner Brook.

She will be helping lead the snowshoeing team once again, but this time as the Associate Coach.

Marie reflected on her past experiences at National games saying that she’s extremely proud to be a part of Team Alberta and, the Opening Ceremonies filled her with honour and pride when she walked in with her team.

“They also provided an environment where coaches and athletes spent more time together, so team relationships become more profound and there was opportunity for many more laughs and the creation of precious memories.” She would go onto say, “Athletes learned to train diligently at a more competitive level, which enhanced their development.”

Marie has also seen huge improvements from her athletes in terms of their own personal growth and says those transformations are the biggest highlights for her.

Seeing her athletes go from shy and socially limited people to outgoing and confident teammates are moments she cherishes.

For the last nine years, some of the reasons Marie keeps coming back to Special Olympics Alberta are because of the athletes who as she says, inspires her. 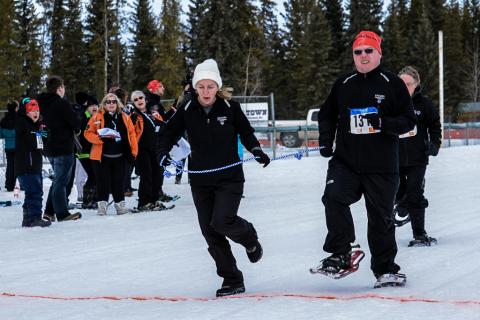 “I have met so many remarkable individuals through Special Olympics that motivate me to want to be my best version of me.  They have taught me resiliency and determination,” says Marie.  “They remind me constantly of the benefits of a positive approach to everything in life.  They make it easy to laugh and have fun.”

Marie describes the Special Olympics family as welcoming, accepting and, gives her a sense of belonging, which is why she remains so heavily involved to this day.

Besides the welcoming feel Special Olympics gives Marie, she says her own personal growth and development as a person and coach has increased tenfold during her tenure.

“Finally, I return because I believe I have a role to play in moving our society and culture to accept and include all individuals so everyone has a chance to attain their dreams.  I love doing this through sport.”

Join us in wishing Marie and the rest of the snowshoeing team the best of luck in Thunder Bay for Nationals!

Visit https://www.specialolympics.ca/2020-team-alberta to stay up-to-date with all things Team Alberta 2020. And to check out what is going on in Marie’s local affiliate, Calgary click here. 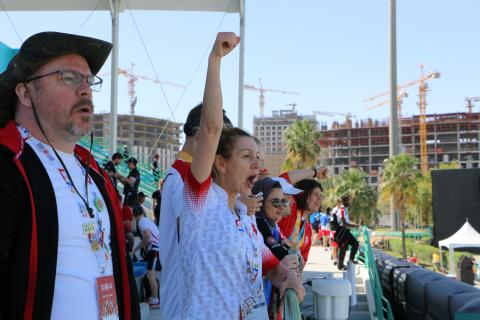