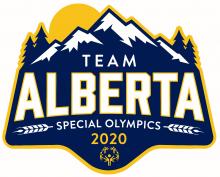 “We are very excited to have representation from across the province and to be taking some athletes and coaches who have never been to a National games before and others who can show them the ropes,” says Team Alberta Chef de Mission Jodi Flanagan. “This is a great team who will work together and support each other in achieving their goals – a true Wolfpack.”

Team Alberta is represented by 97 athletes and 34 coaches and mission staff who will be competing at the 2020 Special Olympics Canada Winter Games in Thunder Bay, ON. from February 25 to 29. Athletes will compete in eight winter sports: 5-pin bowling, alpine skiing, cross-country skiing, curling, figure skating, floor hockey, snowshoeing, and speed skating.

Special Olympics Alberta is dedicated to enriching the lives of Albertans with intellectual disabilities through the transformative power and joy of sport. Our vision is that sport will open hearts and minds towards people with intellectual disabilities and create inclusive communities. Special Olympics Alberta’s programs cater to all ages and a wide range of abilities to over 3,300 athletes in 140 communities. We provide world class sports programs that are run daily by over 950 volunteers and coaches. For more information on Special Olympics Alberta, visit, www.specialolympics.ca/alberta and follow us on Facebook, Twitter, Instagram, Flickr, and YouTube.