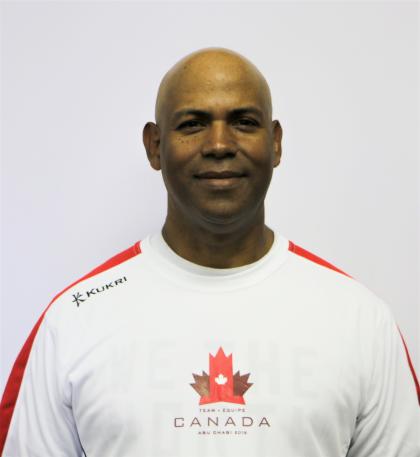 Wayne, originally from Trinidad and Tobago, now resides in Kitchener, ON. Wayne’s three children are athletes, participating in Basketball and 5-Pin Bowling. In his nine years coaching, Wayne’s teams have won Gold medals at both the Regional and National Games. Wayne credits Special Olympics for opening up a whole new world for himself and his children with special needs. His goals for the Special Olympics World Summer Games are for his athletes to have a great time and to do their best.