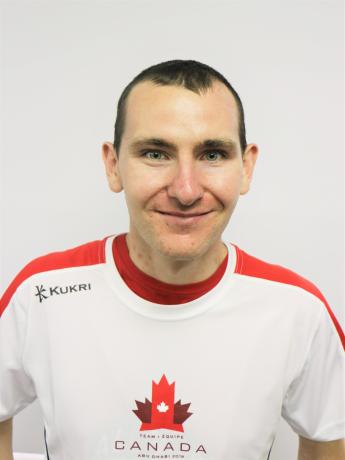 Stephane Piccinin is a 25-year-old athlete from Halifax, NS. Involved with Special Olympics for nine years, Stephane’s favourite sports are the1500m, 3000m, and 5000m. He’s won five gold medals in track and long jump at Regional Games and two Gold, a Silver and a Bronze at National Games. Stephane says Special Olympics has changed his life in many ways: helping him to open up, communicate more, and become a better athlete. He is excited to go to the 2019 World Summer Games, meet athletes from other countries, compete in a stadium with the world’s best, and to see the desert. Stephane’s brother is a film maker, currently shooting a documentary about Special Olympics.