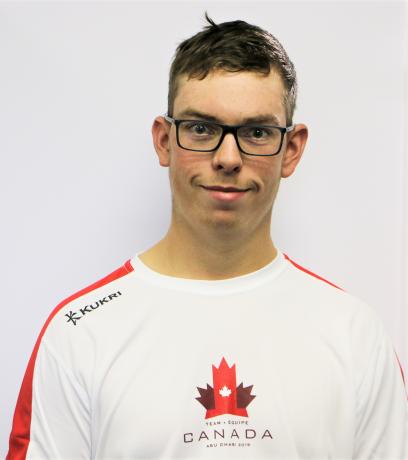 Roy, 21 years old from Kensington, Prince Edward Island has been an athlete for 11 years. He won two Gold, one Silver and three Bronze at the Special Olympics Canada Summer Games, Antigonish 2018. He says being involved with Special Olympics has helped him meet lots of new people, make lots of new friends and feel included. He is very proud to attend his first World Games and represent his province and his country. Roy’s Mother is his swim coach. Roy’s favourite pastimes are biking and hanging out with his brother.