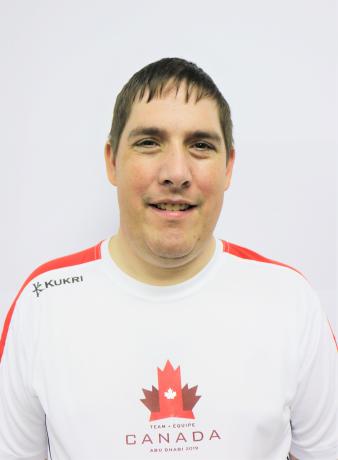 Michael Guyton, from Ottawa, ON, has been a Special Olympics athlete since 2014 and will be attending his very first World Summer Games in 2019. Michael participates in track and field, bocce, basketball, snowshoeing, and 5-pin bowling. He won two Gold and a Silver at the Peel Summer Provincials in 2017 and two Gold at the Special Olympics Canada Summer Games, Antigonish 2018. A proud athlete by day, Peter is also a producer and early morning D.J. at CKCU FM 93.1, Carleton University’s campus radio station. He collects old LPs and 45s and is passionate about helping those who might need a hand.