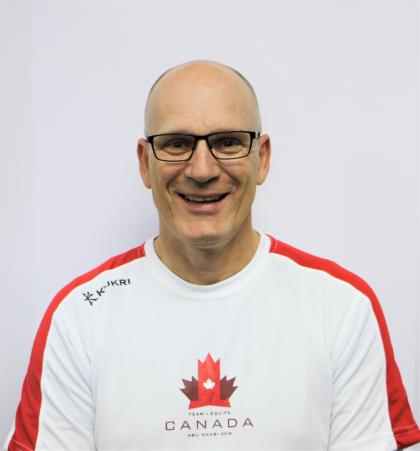 Mario lives in Amos, Québec and has volunteered as a bowling coach for eight years. He says that Special Olympics allowed him to see another side of people with intellectual disabilities and at every event, he grows as a person. Mario attended the 2015 World Games in Los Angeles. His goal for the 2019 Games is to share his knowledge with Team Canada athletes as they pursue their best results and have fun. Mario views his involvement with Special Olympics as a personal accomplishment. He is shy and the movement has allowed him to come out of his shell. Mario’s hobbies include cycling, running, and coin collecting.