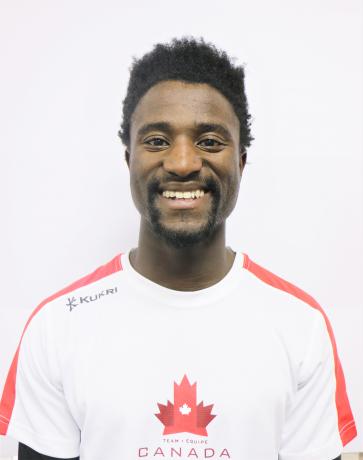 When asked what attending his first Special Olympics World Games means to him, Malcolm replied “the world – it means the world”. Malcom won two Golds at the Canada Games and Gold, Silver and Bronze medals at the National Games. Malcom is 22-years-old from Surrey, B.C. and has participated in Special Olympics track, soccer and basketball for five years. For the past three years, Malcom has been living on his own and says it was a challenge, though he learned to achieve independence. Malcom’s sister volunteers with the Special Olympics movement as a swimming coach. Malcom’s hobbies include playing soccer, BMX and chilling with friends.