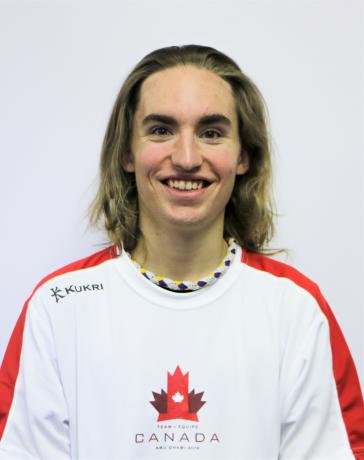 Mackenzie is 17-years-old and has been an athlete since 2014. He participates in basketball (his favourite), swimming, soccer and floor hockey. Mackenzie’s parents volunteer at tournaments in the Guelph area with everything from timekeeping, scorekeeping and handing out food to driving Mackenzie and his teammate to every practice and tournament. Mackenzie won a silver medal at the 2016 Provincials and his team won Gold at the 2018 Nationals. Mackenzie says that Special Olympics has made him more confident and helped him make friends that he will keep forever. He feels very special to represent Canada at the World Games. Mackenzie is excited to meet players from other countries, learn some words in a new language and bring home a medal.