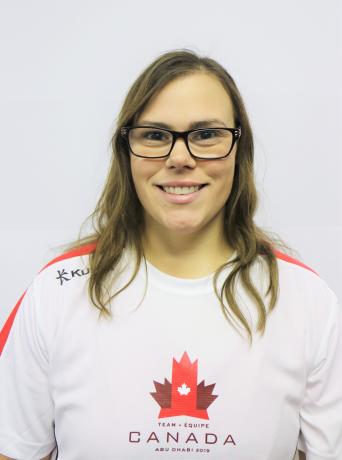 27-year-old Josee hails from Sudbury and has been a Special Olympics athlete for 10 years. Her sports are Powerlifting, Swimming and Soccer. Josée won  three Gold at the National Summer Games as well as top lifter of Canada. She also won Gold, Silver and Bronze at the 2014 National Games in Vancouver, placed first at the Provincial Games in Guelph and brought home top female lifter of Ontario. Other medals include Silvers and Bronze at National Games in London, two Golds and Silvers at Provincial Games in Kingston, and Gold in the all-female soccer team in Peel. Another proud moment for Josée was attending college and graduating with honours. She enjoys walking her dog and spending time with her brother and his family.