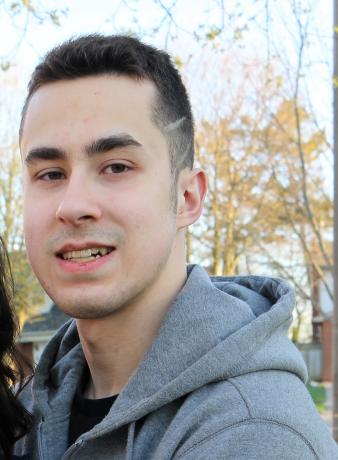 18-year-old Connor from Edmonton has been an athlete for eight years. He’s won medals at the Regional, National and World Summer Games in Los Angeles in 2015. Connor says Special Olympics helped him come out of his shell, talk more and show who the real Connor is. Connor’s entire family is involved with Special Olympics: his Mother used to be a coach, his Father drives him to all his competitions and his Sister, Hana is a volunteer with the Lethbridge program. His goals for the 2019 World Summer Games are to achieve a personal best in medals and make Alberta and Canada proud.