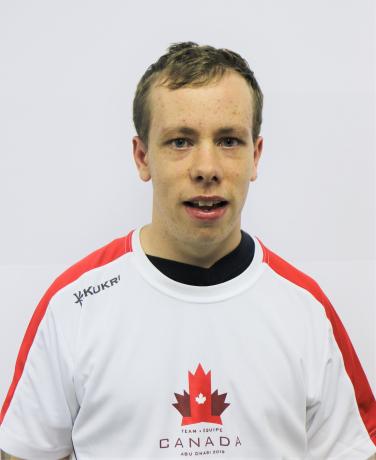 Ben Theriau is an 18-year-old athlete from Liverpool, Nova Scotia. Ben has been with Special Olympics for three years and has won three Gold and one Bronze medal at the National Games.  Ben’s sports of choice are track and field and curling. This will be his first World Games and he’s looking forward to competing at this level and meeting fellow athletes and new friends from around the globe. Ben also plays hockey, is a Mascot for the Liverpool Privateers, and is a member of the Air Cadets.