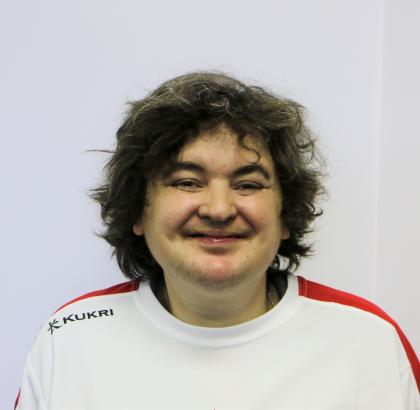 Ava (Nikita) Williams began participating with Special Olympics when she was 10-years-old. 24 years later, Nikita is honoured and proud to attend her first World Summer Games. Nikita has played for teams in both British Columbia and Alberta. Her sports of choice are bocce, soccer, floor hockey, softball and bowling. After the loss of her mother early in 2018, Nikita is very grateful to everyone at Special Olympics Alberta for their support and ongoing encouragement. Nikita won a gold medal in honour of her mom at the Special Olympics Canada Summer Games, Antigonish 2018. She plans on winning another gold in Abu Dhabi in 2019.