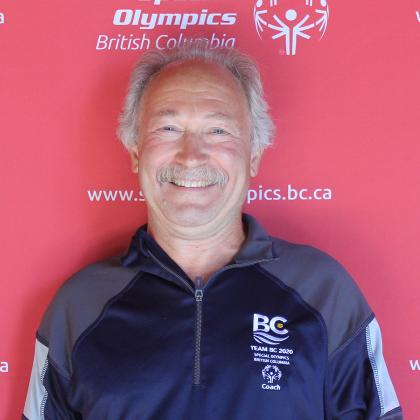 When and how did you get involved with Special Olympics?

Will this be your first Special Olympics Canada Games? If not, which other National Games were you part of and in what role(s)?

What does it mean to you to be part of Special Olympics Team BC 2020?

Great to be a part of an enthusiastic team representing B.C.!

What is/are your goal(s) for these National Games?

To have a well-trained team ready to compete and going for new personal bests!

What is your favourite Special Olympics experience to date?

Being at the finish line cheering the athletes on and then when the results are announced finding that not only have they got a new personal best but that they will be on the podium accepting a medal. (Oh and having post-Games debrief with Garth over espresso.)

What storylines are you excited to see develop in your Team BC sport team leading up to the National Games?

Seeing the progress the athletes are making in their training. Getting fitter, stronger, and faster!

What would you say about Special Olympics to encourage someone to get involved?

Come out and watch and see the enthusiasm, camaraderie, and talent these athletes have. It might sound cliche but you will always get more than you give!