Celebrating a 50 Year Journey of Inclusion

From its humble beginning with just 1,000 athletes on Soldier Field in Chicago in 1968, Special Olympics has become a global movement with more than 5 million athletes from 170 countries around the world. This year, Special Olympics celebrates its 50th anniversary, honouring the legacy of the past, while also looking to the future.

Eunice Kennedy Shriver had a vision to take a stand against the injustices faced by people with intellectual disabilities. Her solution was simple: give people with intellectual disabilities the chance to demonstrate their abilities, determination and value through sport. Alongside Ontario's Dr. Frank Hayden, they created a movement of inclusion, where all individuals are accepted and welcomed.

Despite the incredible growth of Special Olympics as a movement, there are still two hundred million people with intellectual disabilities around the world who continue to face an uphill battle for acceptance. The fight against complacency, ignorance and stigma is still critical today. As we celebrate the strides Special Olympics has made, we still have much more work to do. 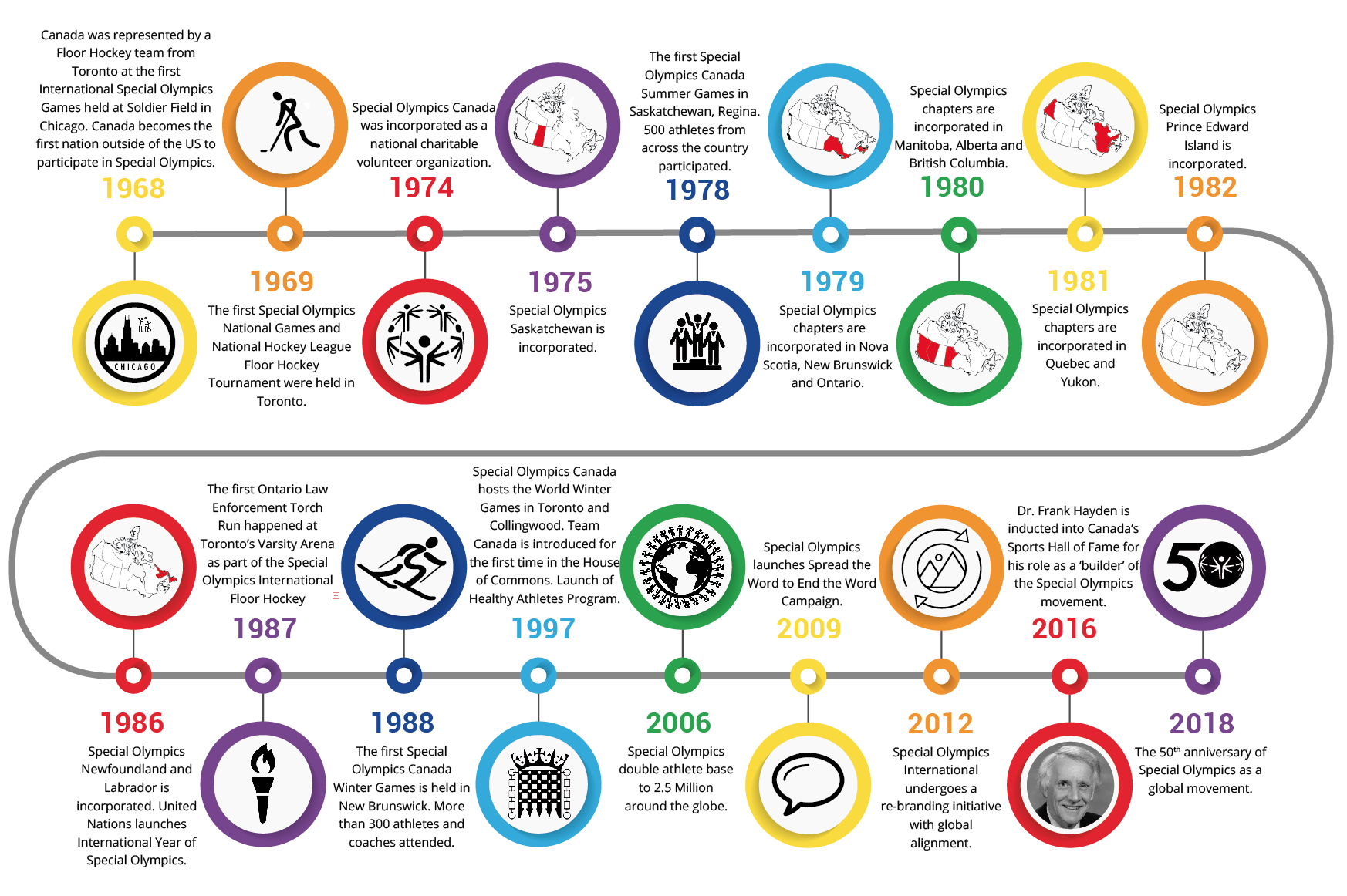