Antigonish has played host to many Special Olympics Nova Scotia Summer Games, providing incredible support for athletes, families and friends alike. St. Francis Xavier University was chosen as the host for the athlete’s village and several sports, due to the tremendous quality games experience that can be offered to Special Olympics athletes. Both the town of Antigonish and St. Francis Xavier University will work to offer high level sport competition with all events in close proximity to allow for maximum event exposure.

In addition, Special Olympics is very pleased to announce the Co-Chairs of the Games Organizing Committee, Carl Chisholm, Mayor of Town of Antigonish and well known business man Marc Champoux.

“Sport has played a large role in my life, and that of my family. Being able to combine this passion with a great organization brings me tremendous pride and excitement as we seek to create the best National Games experience for all the athletes”, says Co-Chair Marc Champoux.

“Having personally witnessed the power of Special Olympics on both the local and national level, I couldn’t be more proud to have the games hosted in Antigonish and play a role in making this great event happen”, says Co-Chair Carl Chisholm.

The event is also be heavily supported by an Honorary Council led by Peter MacKay. We look forward to announcing the members in the upcoming weeks. The Honorary Council will play an integral part in helping to increase the event profile and secure resources needed to deliver a successful games experience in 2018.

“Having been fortunate to participate in the 1994 National Games hosted in Halifax as a coach, I am thrilled to be part of the team responsible for this incredible sporting event. Nova Scotia will undoubtedly do itself proud once again, and Special Olympics athletes will be treated to an experience they will never forget”, says Michael Greek, President and CEO, Special Olympics Nova Scotia.

Alternating every two years, provincial and territorial Special Olympics chapters rotate the hosting responsibilities for the organization’s National Summer and Winter Games; 2018 was Nova Scotia‘s opportunity to host and Antigonish will be a terrific location to welcome Special Olympics athletes from across Canada.

Established in 1969, the Canadian chapter of this international movement is dedicated to enriching the lives of Canadians with an intellectual disability through the transformative power and joy of sport. Operating out of sport clubs in 12 provincial and territorial Chapters, this grassroots movement reaches beyond the sphere of sport to empower individuals, change attitudes and build communities. From two-year-olds to mature adults, more than 40,000 athletes with an intellectual disability are registered in Special Olympics year-round programs across Canada. They are supported by more than 19,000 volunteers, including more than 14,000 trained coaches.
For more information, visit www.specialolympics.ca or follow us on Facebook and Twitter (@SpecialOCanada). 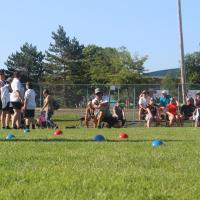 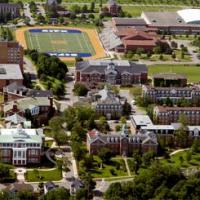 Antigonish 2018 Ready to Welcome the Country to Nova Scotia
20
September, 2017
It is with great pleasure to announce that Nova Scotia will be the host of the 2018 Special Olympics Canada National Summer Games from July 31st to...
END_OF_DOCUMENT_TOKEN_TO_BE_REPLACED 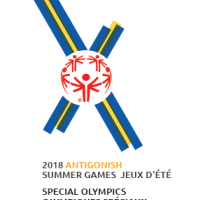