Enriching the Lives of Yukoners with an Intellectual Disability

As a registered Yukon society, we have been working with children, youth and adults with an intellectual disability for over 30 years. Within this time, it has grown from a small group of cross country skiers to become a year-round movement offering over 90 Yukoners the opportunity to train and compete in the sports they love.

Click here for more information on the history of Special Olympics Canada.

In 1978, Yukon Special Olympics (YSO) ran programs in conjunction with special education classes in Whitehorse. At that time, YSO was not officially a society. At the 1981 Special Olympics Canada National Conference, it was decided that Yukon and Quebec would become the newest Canadian chapters in the Special Olympics Yukon family.

In June 1981, Yukon Special Olympics became a Yukon society and one month later received charitable status in the eyes of the federal government. At that time, it shared staffing and other resources with the Yukon Association for Community Living and Learning Disabilities Association of Yukon.

In 1988, the growth and expansion of YSO led to a decision that it would operate independently and act a separate entity. From that point forward, YSO hired its own staff, raised its own money and expanded its programming into the future. On the field of play, YSO regularly sent teams to competitions in Alaska and to the Canadian Special Olympics Summer and Winter Games. YSO athletes such as Tyler Repka were becoming locally recognized for their accomplishments at out-of-territory competitions. 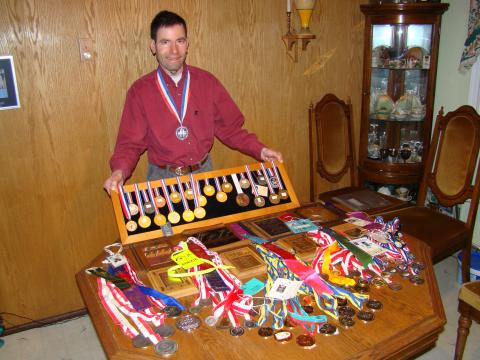 In 1991, YSO moved into the new Sport Yukon building as a charter tenant. This was significant as YSO had an office amongst Yukon's other Sport Governing bodies. The Executive Director of the day was the sole employee. By then, Tyler Repka had been a member of two Canadian teams that participated at the Special Olympics World Games.

1993 saw Katherine Hall become Yukon's first Special Olympics athlete to be a member of Team Canada's World Games Team, having been part of the Figure Skating delegation. In 1997, Katherine Hall was joined by her brother Daniel on the Canadian Cross Country Ski Team that competed at the World Winter Games held in Toronto/Collingwood, the only time the Special Olympics World Games have been held on Canadian soil.

In 1998, YSO boasted over 35 athletes with an intellectual disability. The sport programs offered to the athletes were Swimming, Athletics, 5 Pin Bowling, Basketball, Floor Hockey, Cross Country Skiing and Snowshoeing.

In 2001, YSO was looking to offer more Yukoners with an intellectual disability the opportunity to play sports. That said, 6 schools joined the new School Based Program in which the athletes trained and competed against each other in Soccer. Athletics, Swimming and 5 Pin Bowling. This innovative initiative say YSO athlete registration exceed 65 athletes. This was also the year that YSO renewed its participation at the Special Olympics BC Provincial Games and continues today to use this competition as its qualifier for the following year's National Games. 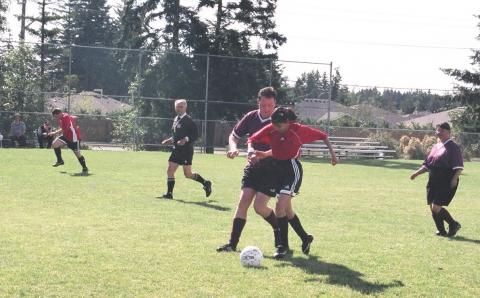 In 2006, Yukon Special Olympics changed its name and brand to Special Olympics Yukon (SOY), following a move by all Canadian Chapters to align more closely with its international counterparts. A larger commitment to offer more SOY athletes the opportunity to compete at National Games was becoming a reality as 18 Yukon athletes traveled to Brandon, MB for the Summer Games. This was a much larger team than as recently as 2000 where Team Yukon had 2 representatives in Cross Country Skiing. For the first time ever, SO Yukon sent a soccer team to these games and won a bronze medal for their efforts.

Fall 2007 saw SOY hire its first ever Program Director, whose responsibilities consisted of all sport and program tasks and activities. This allowed the Executive Director to focus on the leadership, administration, marketing and fundraising for SOY.

With the release of the Special Olympics Canada Long Term Athlete Development Plan, Yukon joined its provincial and territorial counterparts in 2008 by expanding its program menu to offer specifically designed sessions for young Yukoners aged between 4-7 years old. 2008 also saw the birth of the annual Development Games. These Games, based on a model created by Special Olympics Saskatchewan, provided all SOY athletes to participate in a multitude of sport clinics and friendly competition within a traditional Games setting. 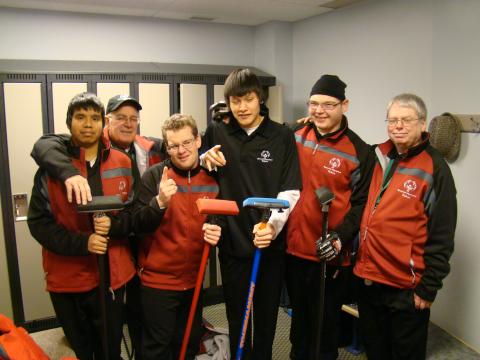 In 2010, having outgrown its one room office at Sport Yukon, SOY moved into its first ever independent office space which included 2 offices as well as meeting and storage space. This was necessary as SOY had grown to approx. 90 athletes and 70 sport volunteers.

Special Olympics Yukon's participation at the 2014 Special Olympics Canada Summer Games held in Vancouver will do gown in history as one of the most memorable Team Yukon showings ever. SOY sent athletes in 6 sports (including golf and bocce for the first time) and saw over 20 team and personal best results. In addition, SOY athletes brought home a record 14 medals, including the first ever medal (Silver) won by a Yukon 5 Pin Bowling team at a national championship (generic sport included), the first ever Gold medal won by a Yukon Soccer team ( generic sport included) at a national championship and the first ever medal won by a Special Olympics Yukon Bocce Team (Bronze).

15 year old Darby McIntyre was so impressive on the Athletics track at these games that he was selected to be a member of Team Canada that competed at the 2015 Special Olympics World Games held in Los Angeles, California. Darby came home with a Gold medal at the 5,000m and a Bronze medal in the 1,500m. 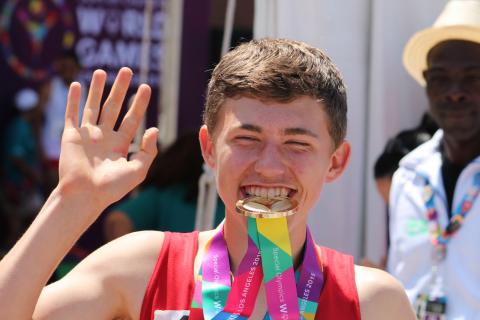 In 2016, Ernest Chua (cross-country skiing) Tijana McCarthy and Michael Sumner (figure skating), by virtue of their terrific performances at the Special Olympics Canada Winter Games, qualified for Team Canada that competed in Austria at the World Games. This was the first time since 1981 (Joseph Holderson and Glada - all cross country skiing) that had 3 representatives on Team Canada.

Ernest Chua's success continued in 2018 as he swam his heart out at Nationals held in Antigonish, NS which earned him a spot on Team Canada once again. Ernest became the first Yukoner to represent Canada in both Winter and Summer Games. He went to Abu Dhabi, UAE with Team Canada and won 2 medals.

Those Games in the east coast (Charlottetown hosted the bowling championships earlier in the year) saw Yukon send its largest contingent once again, consisting of 25 athletes, 8 coaches and 5 mission staff. Aimee Lien became the first ever Yukoner to compete in the sport of Rhythmic Gymnastics at these games, coming home with a whopping 5 medals!

In 2019, Special Olympics Yukon created its first Unified Sport program (Competition for teams made up of athletes with and without intellectual disabilities) at Vanier Catholic Secondary School. The team went on to win a Silver medal in bocce at the Special Olympics World Youth Invitational held in May of that year. 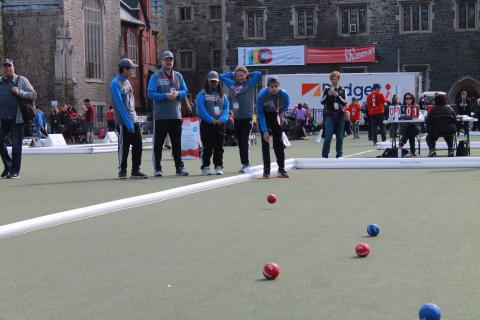 In 2020, 10 Yukoners participated in 3 sports at the Special Olympics Canada Winter Games held in Thunder Bay, Ontario. 11 medals were won by Team Yukon and Darby McIntyre becomes the 6th Yukon athlete to become a 2-time member of Team Canada's training squad, with the hopes of competing at the World Winter Games scheduled to take place in Russia in early 2022.