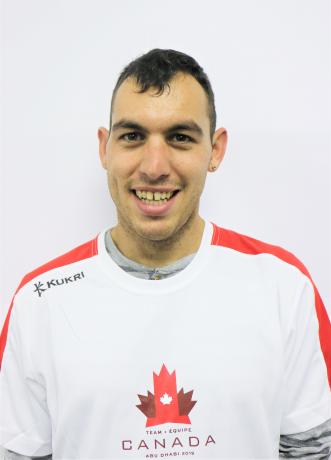 Maxime is a 27-year-old athlete from Saint-Basile-le-Grand. He’s been competing since 2010 and has won medals at the Provincial, National and 2015 World Games. Maxime’s father volunteers with Special Olympics and is proud to watch Maxime compete in athletics, soccer, and hockey. Maxime says that Special Olympics helped him become more independent and make many friends. He is looking forward to making even more new friends at the 2019 World Games. His specific goals are to finish at 17.5 minutes in the 5K race and 38 minutes in the10K. When not working or competing, Maxime enjoys watching TV and playing video games.