This week we are thrilled to highlight some of our amazing volunteer coaches, coaches like Jackie Charchuk.

QUESTION: HOW LONG HAVE YOU BEEN VOLUNTEERING WITH SPECIAL OLYMPICS?

Answer: I have coached the West Prince Bocce program for 5 years, but I have volunteered as a parent for as long as my daughter, Special Olympics PEI athlete, Janet Charchuk, has been involved (over 20 years).

Q: WHAT IS YOUR CURRENT ROLE WITH SPECIAL OLYMPICS?

A:  I am a coach with the West Prince Bocce program and Janet’s mentor in the Athlete Leadership Academy.

Q: WHAT FIRST BROUGHT YOU TO VOLUNTEER WITH SPECIAL OLYMPICS?

Q: do you have a highlight from your time VOLUNTEERING WITH SPECIAL OLYMPICS so far?

A: The appreciation shown by the athletes is everything for me. The highlights are in the small moments. It’s the laughter at program and the joy on the faces of the athletes.

Q: WHAT WOULD YOU TELL SOMEONE WHO IS THINKING ABOUT SIGNING UP AS A VOLUNTEER?

A:  You don’t have to be a coach, or have a lot of sport background, to make a difference. The support is there from the Special Olympics PEI office.

Q: WHAT IS YOUR FUTURE GOAL VOLUNTEERING WITH SPECIAL OLYMPICS?

A:  It would be really nice to have some younger volunteers come forward. I will, of course, continue volunteering with West Prince Bocce until then. It’s a ton of fun, and the highlight of the week for many of the athletes.  I would also like to recruit more athletes to the program. Bocce is such an inclusive sport – anyone can play.

Please join us in saying #ThanksCoach to all of our incredible volunteer coaches for their time, effort, and generosity.

If you have a love of sport and are looking to give back to the community Special Olympics PEI would love to hear from you! Fall programs are starting soon, and volunteer coaches are needed in communities across the Island: Learn More About Coaching Today 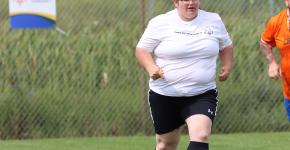 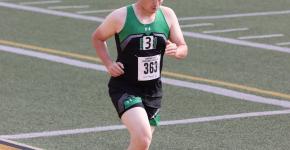 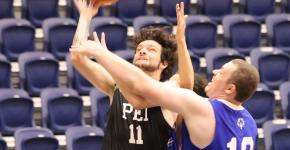