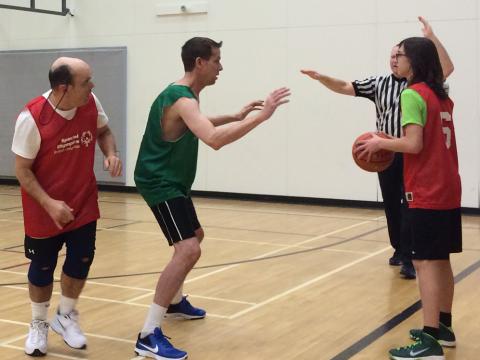 "As it was his first time travelling without parents or an assistant, he learned a great deal about taking care of himself,” said Debbie Seto-Kitson, mother of Victoria basketball player Myles Kitson. "At the end, he gained many new friends, greater confidence – both on and off the basketball court – and only lost a few basketball games and his water bottle."

The BC Winter Games provide a competitive multi-sport environment that supports the development of athletes, coaches, and officials as they move on to higher levels of competition. BC Games alumni are successful on the national and international stage. Eighteen BC Games alumni represented Canada at the 2014 Olympics and Paralympics, including Jamie Benn (hockey), Denny Morrison (speed skating), Kelsey Serwa (ski cross) and Josh Dueck (Para alpine). Fifty-seven per cent of the Team BC athletes who competed at the 2015 Canada Winter Games were BC Games alumni.

SOBC athletes have been showcasing their skills in the generic BC Games for 12 years, competing in Special Olympics divisions. Prior to 2014, SOBC athletes at BC Games competed in athletics and swimming. Their expansion into BC Winter Games began in 2014 with basketball and continues in 2016 with the addition of figure skating.

“The BC Games are always an exciting opportunity for athletes and coaches to compete and learn. Our athletes get a lot out of competing and being part of the BC Games environment, and they put on a great demonstration of their skills as they participate alongside the mainstream athletes,” says Shawn Fevens, SOBC Manager, Sport.

These integrated competitive opportunities give SOBC athletes a chance to shine in front of their peers from generic sports.