Volunteers are elected each year at the Annual General Meeting to be a part of the Provincial Board of Directors. The Board meets approximately five times a year to manage the financial and administrative affairs of the Organization. 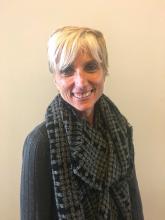 Deb is a tax partner with the Edmonton office of KPMG – she has been with KPMG for over 30 years and a partner for 20 years. She is the Tax Business Unit Leader for KPMG’s Regions West practice, comprising 9 KPMG offices from Prince George to Winnipeg. She is also the leader of the Edmonton tax practice and former leader of the Enterprise (private company) tax practice in KPMG’s Calgary office. She has extensive experience serving a wide range of growing private companies. Over the years, Deb has assisted clients with innovative solutions to Canadian taxation challenges including acquisition and divestiture planning, tax-effective reorganizations, business combinations, holding company strategies, multi-jurisdictional tax strategies and remuneration plans.

Deb has been a frequent speaker on tax topics to clients, associations and a lecturer with CPA Canada. She has also authored an extensive number of articles relating to taxation over her career.

Deb is the mother of 3 adult children, one of whom is special needs and a Special Olympics athlete in a number of sports, most notably advanced swimming with the Calgary team.

Melissa is a senior manager in assurance services at MNP where she works with a diverse group of clients including working with not for profit groups in various sectors. Throughout her 9-year career with MNP she has worked across western Canada including stops in Prince Albert, Saskatoon before finally settling into the Edmonton office for the last 5 years. Melissa holds designation as a Chartered Accountant, Certified Professional Accountant and has both her bachelor’s degree in commerce and master’s in professional accounting.
Outside of work, Melissa’s favourite hobby has and always will be curling. She has been involved in the sport since she was 10 years old and proceeded to compete in competitive curling since high school and into the early stages of her career. Now Melissa’s involvement in leagues is purely for fun and fitness. Throughout her life Melissa has always loved to give back to the curling community, whether it be through teaching beginner and intermediate curling (for both children and adults), being on various Board of Directors for her leagues as well as sitting on the Saskatoon Women’s bonspiel committee during her time in that city. She has her level 2 certification for Canadian coaching and has coached a junior women’s team as well being the assistant coach for high school women’s curling.

Over his 30 year public service career, Don Kwas has worked with both the Governments of Alberta and British Columbia in a variety of roles, primarily in intergovernmental relations and post-secondary education. Don is currently serving as the Assistant Deputy Minister of Intergovernmental Relations with Alberta Executive Council.
Don has been married to Dianne for 29 years and they have three children: Brittany, David and Eric. David is a Special Olympics athlete, while Don and Eric both volunteer as coaches with Special Olympics Alberta – Edmonton’s track and field program.
Don has volunteered in many capacities. He is finishing up a nine year term as a member of the Board of Directors for the Centre for Autism Services Alberta, including two terms as Chair. From 2014 to 2016, Don was a member of the Affiliate Management Committee for Special Olympics Alberta - Edmonton. He was a member of the Advisory Committee to the Edmonton Public School Board’s Special Needs Task Force, which developed a Board policy and administrative regulations on inclusive education. Don has also served as Chair of his Ministry’s United Way Committee and was the Ministry representative on the United Way Provincial Coordinating Committee for several years. Don won an award as the United Way Employee Campaign Chair of the Year for the Government of Alberta in 2012. 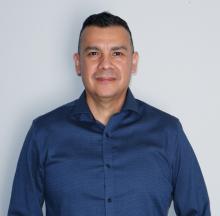 Walter is a member of the Saddle Lake Cree Nation who now resides in Edmonton with his family. He is happily married to his wife of 14 years, Cesley, and father to four children, Roman, Samson, Ebonie and Malachi. Walter is currently the Indigenous Engagement Manager with the Office of the Child and Youth Advocate and the co-chair of the National Child Day provincial planning committee. He has 18 years of experience in the Child and Family Services field. Walter has worked in both Alberta and Saskatchewan and is well known and respected in the community. He has dedicated his life to improving outcomes for the children, youth and families that he has served. 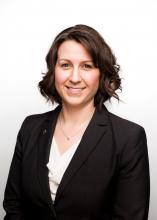 Catherine has more than 25 years of experience in strategic communications, public relations, government relations and policy development in private, public, and not-for-profit sectors.

Catherine has been at the helm of Keill & Company Inc. since 1999 and her client work spans across the strategic communications spectrum from speechwriting, to market lead for product launches, to change management and issue management, to government and media relations training. She has built Keill’s body of work based on her extensive experience: Catherine has held senior executive positions in municipal, provincial and federal governments working closely with decision-makers engaging stakeholders at all levels. She has also held the positions of Vice President of Development for a large, local not-for-profit agency, Group Leader of Public Affairs for Alberta and Senior Account Director for a multi-national communications firm, and she was the Director of Communications and Partnerships for a national, not-for-profit organization. Catherine is excited about the diversity of the work her client’s bring to the Keill team, and she prides herself on her deep relationships she builds with clients through all her projects.

She has been a member of several not-for-profit boards serving and she continues to be a committed member of Alberta’s volunteer community giving of her time to causes close to her heart. Currently, Catherine is a University of Alberta Senator, Vice Chair of Shadow Theatre, and a committed Rotarian.
Catherine has a B.A. in English and Communications, an M.A. in Communications and Technology. She has received a certificate in Project Management and completed her Management Essentials certificate through Alberta School of Business Executive Education, including Change Management Bootcamp.
She loves her husband and son, enjoys her time with her corgis, and relaxes reading whatever book she has handy. She is also bilingual in French (but needs a lot of practice). Her next personal challenge is to learn American Sign Language. 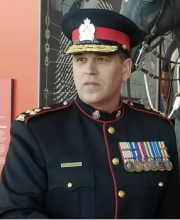 Chief Dean LaGrange was born and raised in Central Alberta, growing up on a farm just outside of Red Deer.  He moved to Calgary at 18 years old, attending SAIT and joining the Calgary Police Service in 1992.  Throughout his 26 years as a Calgary police officer, he worked various units including Traffic, Major Events/Emergency management and undercover roles in the Strike Force Unit.

Once promoted to Inspector, he volunteered for a year-long NATO mission “Operation Enduring Freedom”, to assist in the training of the Afghanistan National Police in 2011 – 2012.

Upon his retirement from Calgary in 2017, he joined the RCMP and was placed in Red Deer as the Inspector of Operational Support.

A short 18 months later, he was appointed as the 8th Chief of Police for the Camrose Police Service, effective July 8th, 2019.

Chief Lagrange has been married for the past 28 years and has 3 grown children, all with careers in emergency service

Caroline Barham is President of Kelwhit Enterprises and Torilaine Enterprises which owns and operates 10 Tim Hortons locations in Calgary. Caroline was born in northern Ontario and lived in four provinces before settling in Calgary in 1996.  Along with her extensive business experience Caroline has an impressive board and committee record. In addition to her notable past positions she is currently a member of the Hospitality Management Advisory Committee at SAIT, Platinum Member of Women’s
Presidents Organization, member of the Tim Hortons Children’s Foundation Board of Directors and Foothills Redevelopment Committee.

Caroline loves her business and the values of inclusion and respect that it promotes.  When not working she is an avid curler in the winter and golfer in the summer. 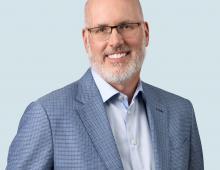 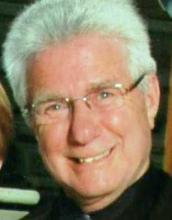 Jerry was raised in Stettler where he completed his high school education in 1960. He then moved to Red Deer and started a 21-year career in broadcasting with CKRD Radio and Television. In 1981, Jerry joined the City of Red Deer Recreation, Parks and Culture department as an athletics program supervisor where his main role was as a department liaison with numerous city sport groups. He retired from his job with the City in 2006.

Jerry has been the recipient of numerous awards including Red Deer Citizen of the Year; City of Red Deer Lifetime Sport Achievement Award; Special Olympics Alberta Volunteer of the Year; The AABRD (Alberta Advisor Board on Recreation for the Disabled) Legacy Award; Scouts Canada Centennial Medal; Alberta Centennial Medal and the Queen’s Jubilee Award. He is married to Susan and has four children and seven grandchildren. 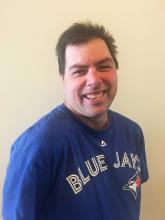 Dallas Sorken has been in Special Olympics for 15 years. He has participated in curling, floor hockey, track and field, softball and bowling. He has coached swimming in the past and currently coaches track and field. For hobbies, he collects hockey figures and enjoys going to concerts.
This is his second term as a Provincial ALC member. He is also currently the chair of the St. Albert Leadership council.