After Enjoying an East Coast Welcome, Team Alberta is Ready to Showcase Their Skills as Nationals Begin

Team Alberta athletes arrived in Nova Scotia on June 30 and were greeted with a warm welcome by Games volunteers sporting bright yellow shirts at the Halifax Stanfield International Airport. The team was shuttled to their residence at St. FX Riley Hall and experienced the beauty of Antigonish for the first time, which included store fronts decorated with welcome signs for the athletes. After settling in teams were able to explore the facilities and get some practice in.

On June 31, Team Alberta and all the athletes took a surprise trip to Crystal Cliffs to experience the East Coast – dipping their toes into the Atlantic Ocean and a mussel bake on the beach courtesy of Sobeys. It was an afternoon party featuring music and wonderful gifts from East Coast Lifestyle.

Later that evening teams were marshalled onto the track outside of Oland Stadium in preparation to make the walk at the Opening Ceremonies and started a full athlete parade wave.

Athlete Jonathan Stel carried our flag proudly as Team Alberta entered the Charles Keating Millennium Centre where the atmosphere was electric in celebration for what will be an incredible week. The teams were greeted by dignitaries including the Minster of Sport, Honorable Kristy Duncan and Nova Scotia Premier Stephen McNeil.

In celebration of Special Olympics’ 50th anniversary, Amie Dugan of Special Olympics North America presented Dr. Frank Hayden with an award to honour to integral contributions to our movement. The athletes were moved to their feet by a performance of the Summer Games official song, Let Me Win, by Charlie A’Court and the party did not stop there as the Trews ended the night with an athlete dance party on stage.

Team Alberta represents 27 communities across the province, with athletes who are as young as 14 and as old as 62. Team Alberta is built on the values of ability, courage, humility, integrity, empowerment, value and effort. Each member has committed to train to the best of their abilities and to perform their personal best.

For more information and a full rooster of Team Alberta members, go to www.specialolympics.ca/2018-team-alberta

The Special Olympics Canada Summer and Winter Games started in 1974 and are national multi-sport Games for athletes with an intellectual disability. Over 45,000 athletes compete in training and competitions all across Canada supported by over 21,000 volunteers. It is the country’s largest multi-sport event for people with intellectual disabilities and provides our athletes with a development and competitive opportunity that prepares and qualifies them for Special Olympics World Games. The Summer Games are SOC’s largest National Games and they are a qualifying event for Team Canada selection for 2019 Special Olympics World Summer Games in Abu Dhabi. Find more information on the 2018 Special Olympics Canada Summer Games https://so2018.specialolympicsns.ca/

Special Olympics Alberta’s programs cater to all ages and a wide range of abilities to over 3,300 athletes in more than 140 communities. We provide world class sports programs that are run daily by over 1,300 volunteers. For more information on Special Olympics Alberta, visit, www.specialolympics.ca/alberta and follow us on Facebook, Twitter, Instagram, Flickr and YouTube. 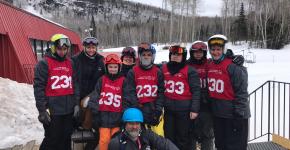 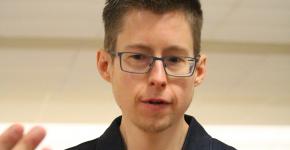 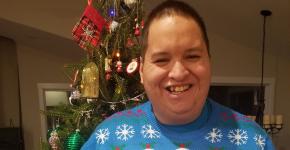 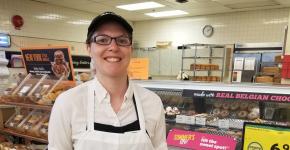